Views from up the hill 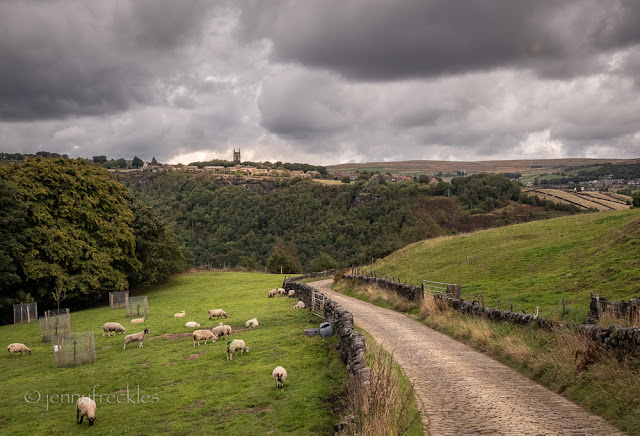 As I noted yesterday, the first part of the walk from Hebden Bridge up the south side of the Calder valley is extremely steep and then you arrive on an undulating plateau, with extensive views. The stone-setted packhorse track leads to the hamlet of Horsehold. Looking back the way we'd walked, there was a lovely view over to Heptonstall, the ancient village on the north side of the valley, with its prominent church tower visible for miles around.

These (below) are some of the cottages at Horsehold, the soot-blackened stone of the old contrasting with the obviously much newer extension. The long ranks of mullioned windows are typical of houses in the area and often point to the existence of hand-loom weaving in the early 19th century. To work the looms, they needed as much light as possible. 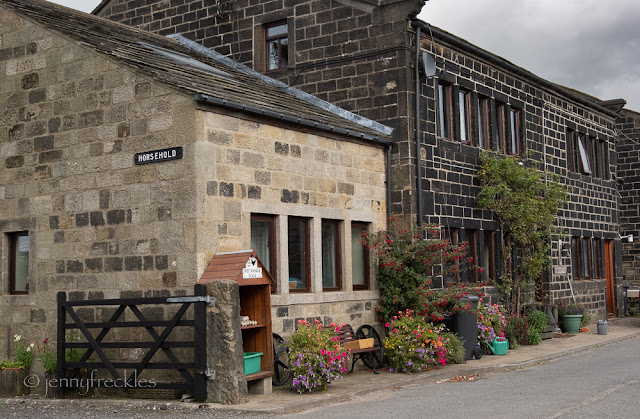 Beyond the hamlet, we walked along a very straight old lane known as Pinnacle Lane, towards Stoodley Pike. We passed Pinnacle, another characterful house and barn, built in the late 1600s. The elderly lady who lived there was just receiving a large delivery of logs for her fire. I imagine it can be bitterly cold up there. Most of the buildings up on the moor are Grade II listed and probably draughty as anything! 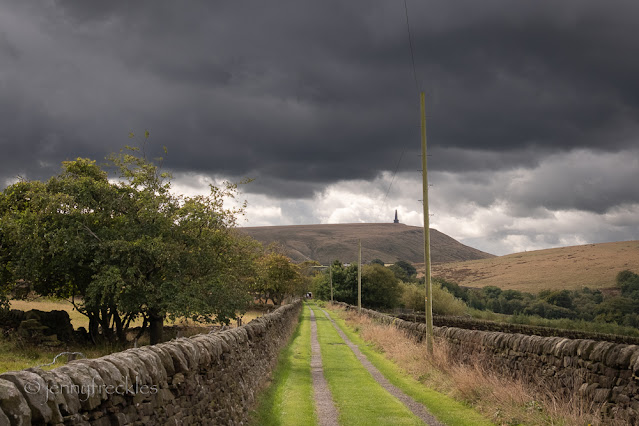 We didn't walk as far as Stoodley Pike, which is actually quite a long way further. The huge monument, so visible on the hill, is a memorial that was originally built to commemorate the defeat of Napoleon in the battle of Waterloo in 1815. Instead we circled back - dodging cattle! - following part of the Pennine Bridleway path through Callis and Horsehold Woods.  Again, there were good views over to Heptonstall on the far side of the valley. Hebden Bridge itself is so low down in the narrow, steep-sided valley that you'd have no idea from up here that it even exists! The vista simply looks like one continuous plateau - but it isn't. 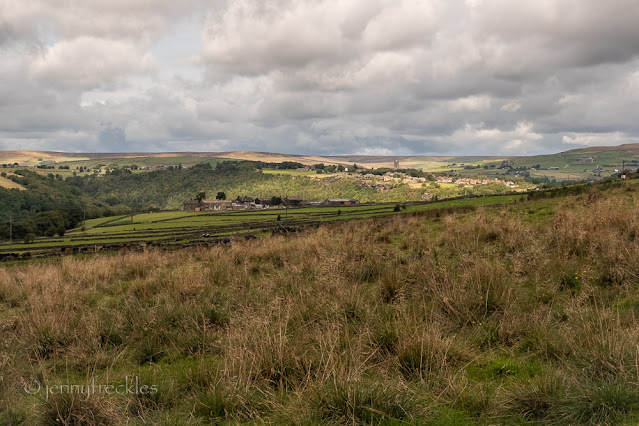 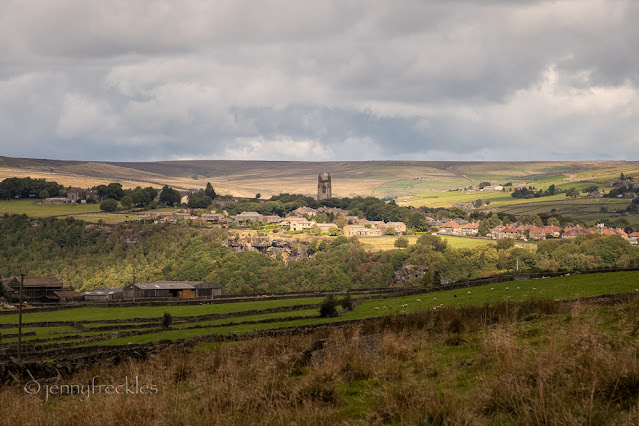