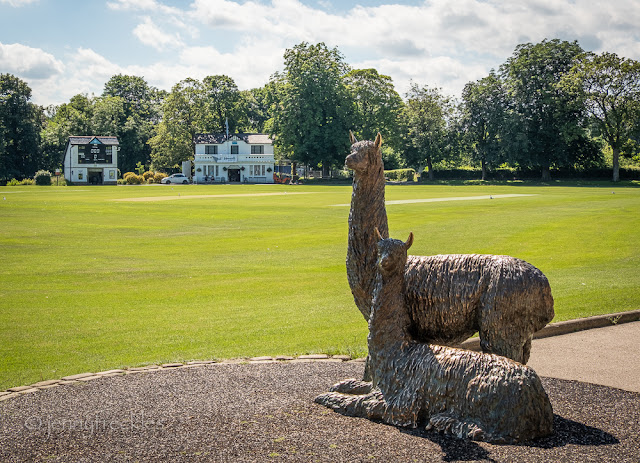 We're going on an alpaca hunt!

I hosted a camera club meet-up in Saltaire recently. It was a sunny, very hot day and about as good for taking photos as the previous outing I hosted (which was rained off!) - but for different reasons. Such bright sunshine makes for harsh shadows and high contrast. People went off with their cameras undeterred. I decided I'd go on a hunt for some of the many alpacas depicted around the village. Interestingly, I discovered that most of them are in the newer parts of the village, built in the 1860s, so it seems the Salts didn't start to 'honour' the source of their wealth for a while after the Mill was built. (I have explained in a previous post that it was the discovery of a way to spin and weave alpaca wool into lustrous cloth that really made Sir Titus his fortune.) I'd be interested to know how many local people have noticed all of these? There may be more that I've missed. I know there is an alpaca statue in the church, but the church is currently closed so I couldn't capture that one. In most cases the animals are incorporated along with the Salts coat of arms, which features a chevron, two mullets (stars) and an ostrich holding a horseshoe. (For a full description of that and the meaning of the symbols, see HERE). 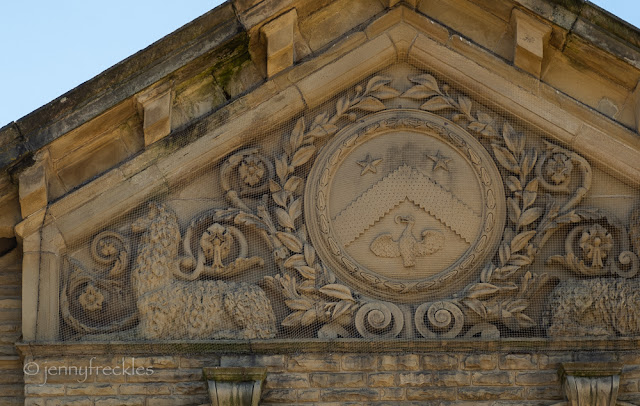 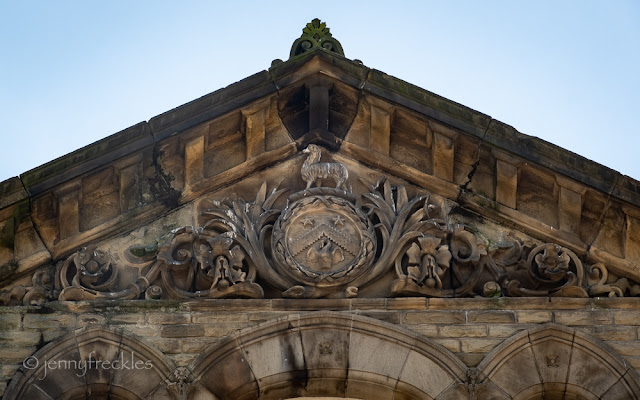 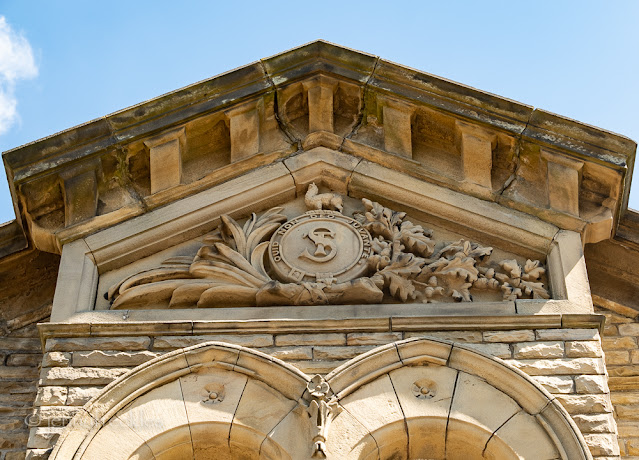 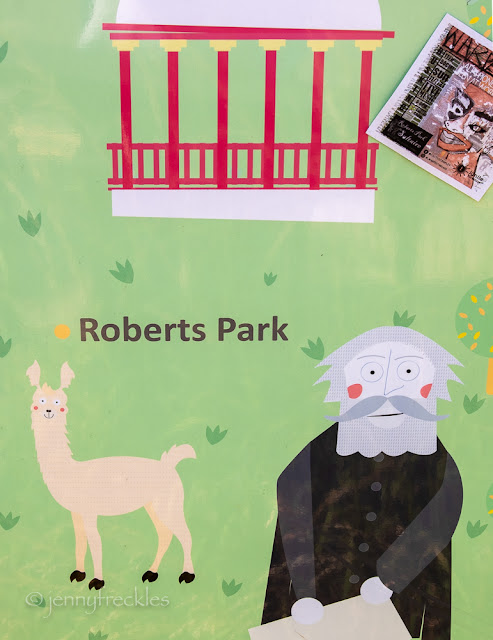