Another walk in Wharfedale 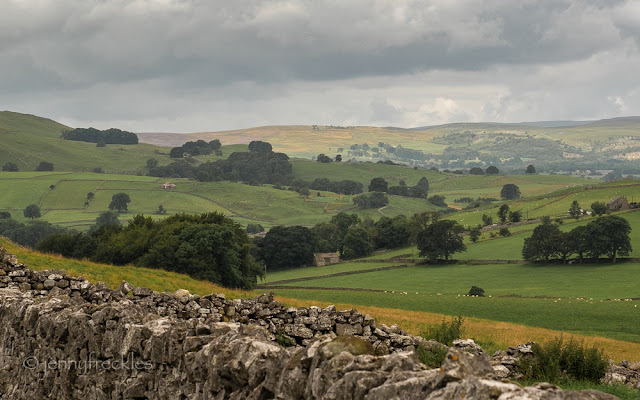 Not deterred by a slightly drizzly day, I walked a circular route from Burnsall, a Dales village with a rich history and a fine bridge over the River Wharfe. (See HERE for some photos of the village that I took a couple of years ago.)  Skirting the side of Kail Hill, the path gave lovely views across the rolling limestone scenery. I have read since that Kail Hill and others like it in the area are the remains of coral reefs that formed in the shallow tropical sea that covered the Dales 300 million years ago. Who knew? I find that fascinating. See HERE for an explanation. 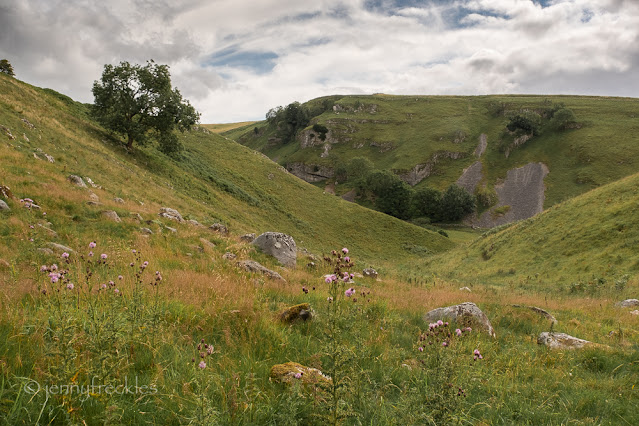 The path then drops down into the area known as Trollers Gill, where, reputedly, a vicious tribe of trolls lived, who would throw boulders at passing travellers, There is also a mythical wolf-like beast that could kill anyone who stared into its eyes. Luckily I met neither!  The Gill is a dry limestone ravine but partway down it, the little stream of Skyreholme Beck bubbles up out of the limestone and begins to make its way down to join the Wharfe. (See HERE for more photos). 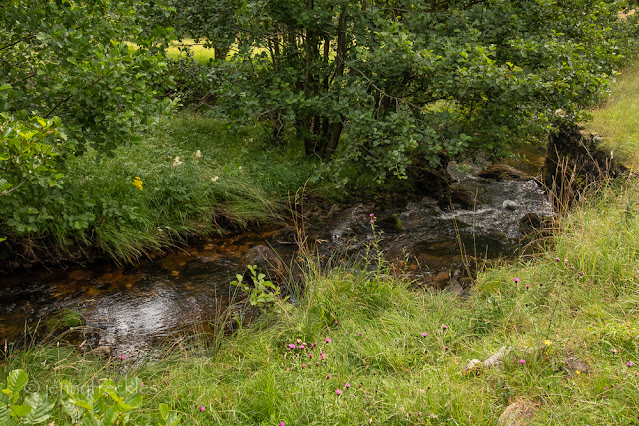 Appletreewick and Skyreholme are pretty villages that sound as though they come from the pages of a children's book. A farming hub and also a centre of leadmining in the 19th century, they are now a draw for tourists and visitors, with holiday lets and campsites. 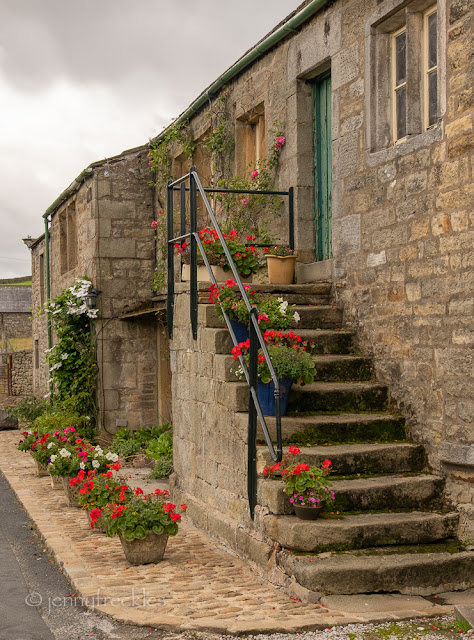