Birdlife on the canal 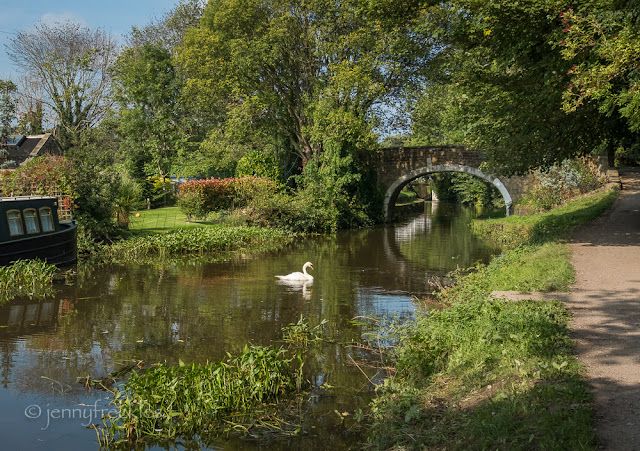 It's a while since I saw a swan on the Saltaire stretch of the canal, though there are often some further along in Shipley. It was very pleasing, therefore, to find one posing so prettily just by the changeline bridge at Dowley Gap, which I think is one of the most attractive bits of the canal locally, especially on a pleasantly sunny day.
When I returned from my walk, it had moved further along to the edge of Hirst Woods, where it was giving its feathers a jolly good preen in the shallower water. 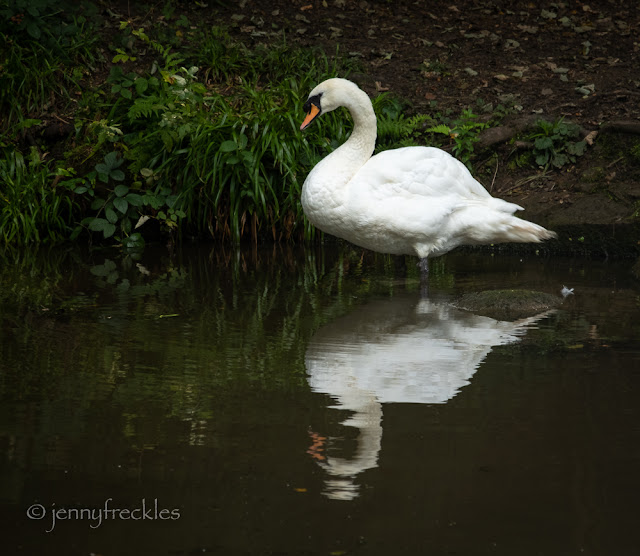 I see the (or a) grey heron, meanwhile, on most of my walks. I presume it is always the same bird, which seems to inhabit a range from the Roberts Park weir to the aqueduct, sometimes on the canal and sometimes on the river, which runs parallel. Here s/he was, between the two waterways, perched in a tree and just watching the world go by, which is unusual - although I know they nest in trees. This one is more habitually found paddling in the weirs or standing on the bank scouting for fish or voles. Maybe it had had enough lunch. 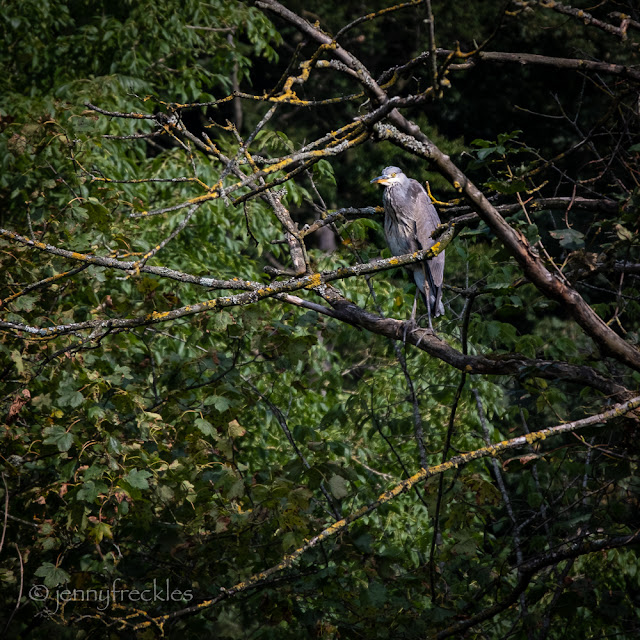