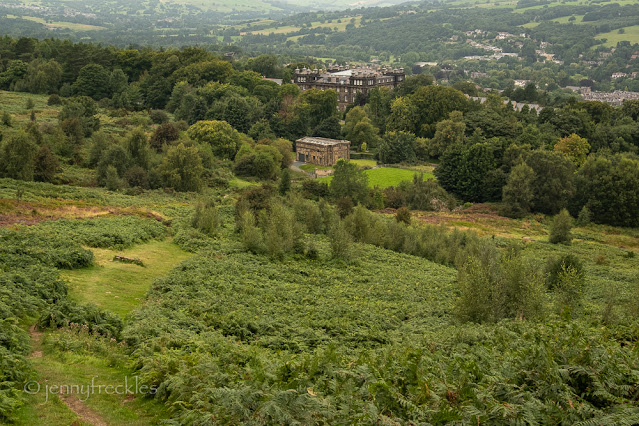 It's a steep climb up the side of Ilkley Moor, from Darwin Gardens in Ilkley to White Wells. The views, however, make it worth it. The largest building in the photo above, among the trees, is Wells House, built in 1856 as an hotel and hydropathic establishment when Ilkley was a popular spa town. People, notably including Charles Darwin, came to take hot and cold water baths as a 'water cure' for a variety of ailments. The house later became a college and is now residential apartments. The building in front of it, set in lawns, was a former water pumping station that has been imaginatively converted into a luxury home. 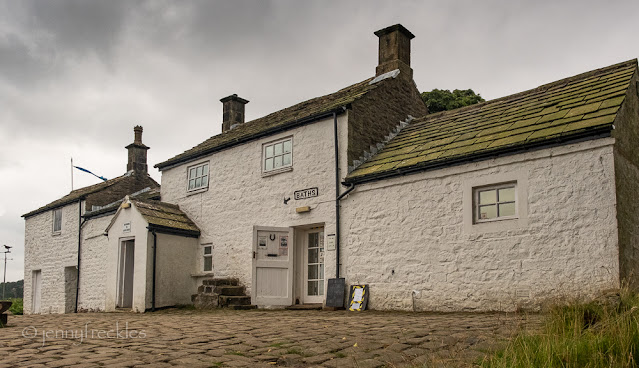 White Wells itself, sitting up on the moor side above the town, dates back to the early 1700s and was also a small spa. One of the plunge pools is still there. The cottage is now run as a café and - helpfully - flies a flag when it's open so that you know whether to bother making the long climb. 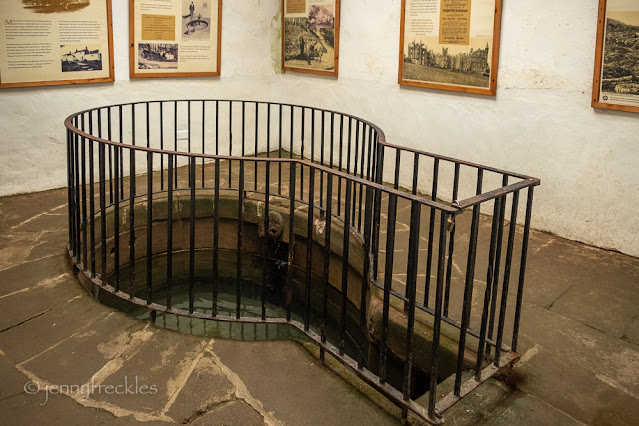 As well as the plunge pool, there's an interesting old tap and basin round the back. Apparently in the past there were some larger plunge pools too. 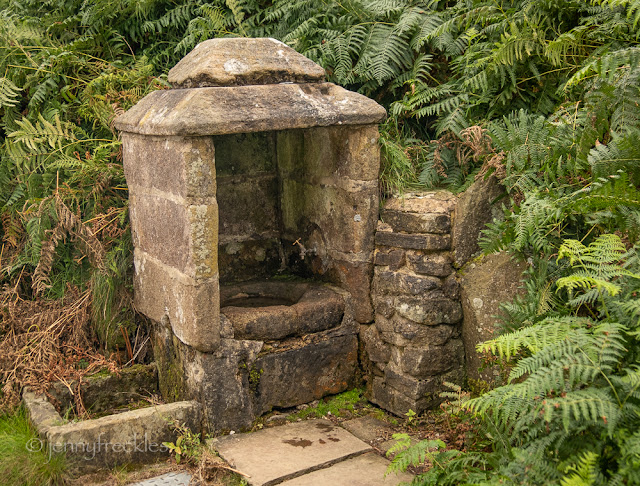 The view from White Wells' terrace over the town is far-reaching and you can sit for a long time just looking. Unfortunately it was a really overcast day when I was there - not the best for enjoying the scenery. 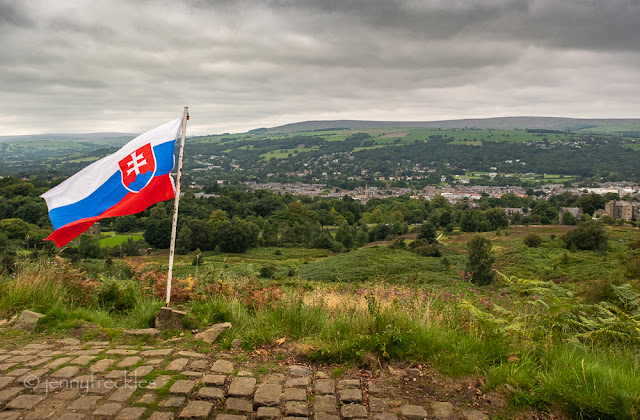