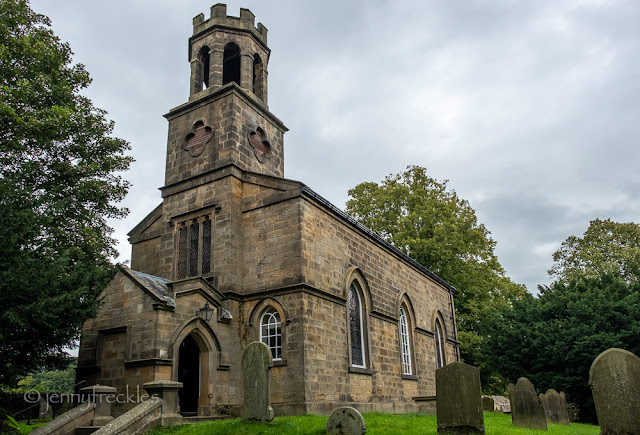 Every year in England, we have 'Heritage Open Days', when unusual or precious buildings and monuments are opened specially so that the general public can visit them. I noticed that St Helen's Church in Denton, near Ilkley was open so I decided to visit.  There  has been a church here since the 14th century but the present building was designed and constructed in 1776 by the renowned architect John Carr (who also masterminded Harewood House). It was a private chapel linked to nearby Denton Hall. It isn't used for regular worship but it is often used for weddings. It has an attractive lych gate - a later addition. 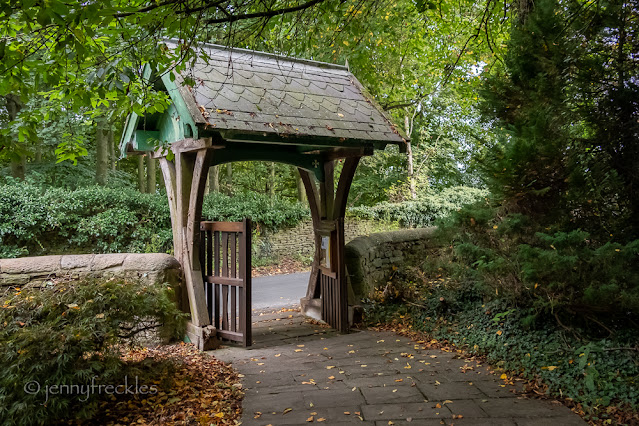 There is a pretty little graveyard and some of the graves predate the present church. 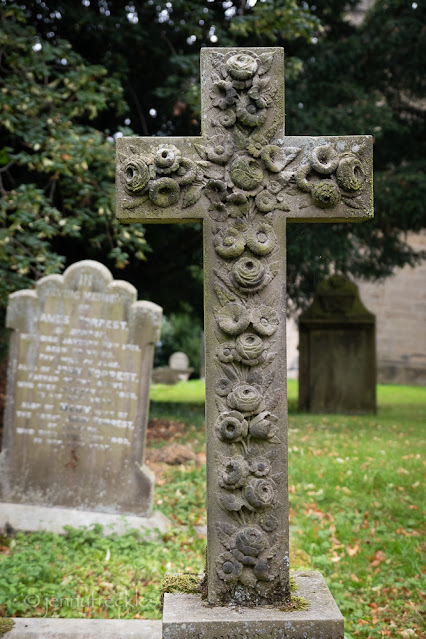 The main reason the church was open was to allow visitors to see its rare painted glass window, the only surviving complete window painted by the artist Henry Gyles. It was commissioned by the Fairfax family of Denton Hall in 1700, and was later moved to this church from a chapel near the hall. Carr designed the church with Gothic windows, rather than his usual classical Palladian style, especially to accommodate the glass. The painting depicts King David playing a harp, surrounded by a choir and cherubs. The glass is very fragile and needs some serious conservation, so they are trying to raise money for this. 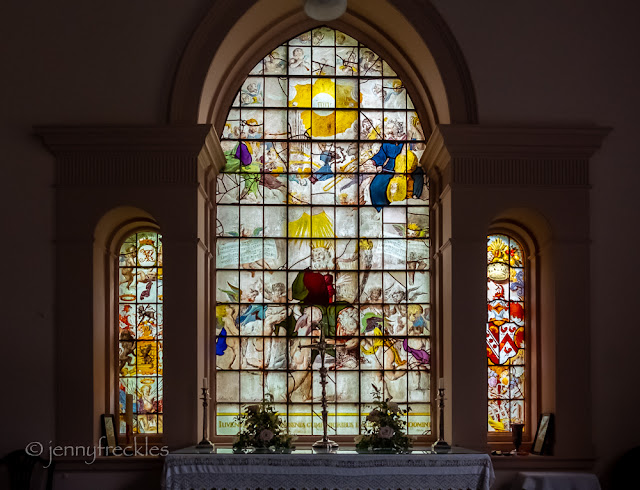 Above shows the full window with its side lights, whilst below is a detail showing some of the cherubs. 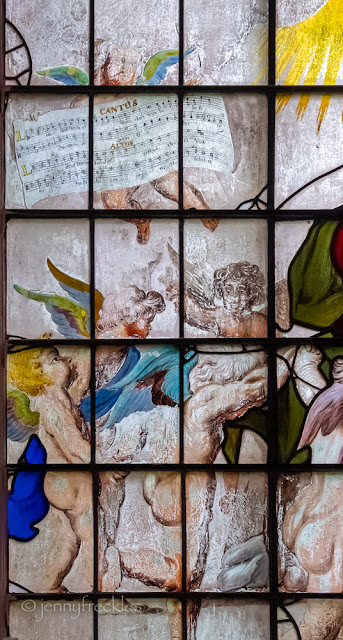 The main window is flanked by two smaller lights, part of which may be by a different artist, William Peckitt. 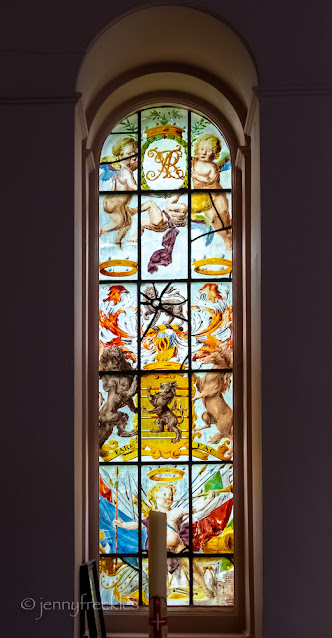 Alongside the ancient glass, there was a complementary exhibition: Journey - Teithiau - of contemporary painted glass panels by various artists. Those below are by Nicola Kantorowicz and the panel at the bottom is the work of Christian Ryan.  Very beautiful, very colourful - and very expensive to buy!

All in all, it proved a fascinating afternoon and I'm glad I made the effort to see it.
at 07:00