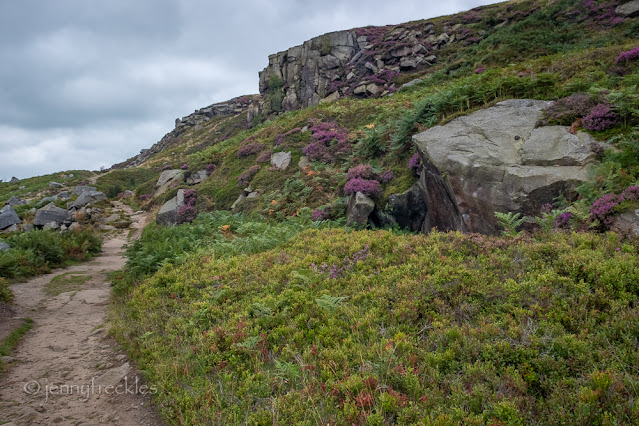 I've been intending to go for a ramble among the heather, as I usually try to do at this time of year, but I haven't really found time. When I went to watch my friends zip-lining off the Cow and Calf above Ilkley, I walked up from the town over the moor. Ilkley Moor, however, isn't really what you'd call a heather moor nowadays. It is predominantly bracken, which soon takes over if it's allowed to. There are some bilberries too, and a certain amount of patchy heather. It's pretty but you don't get the 'wow' effect of a mass of purple like you do on some of the more remote moorlands. 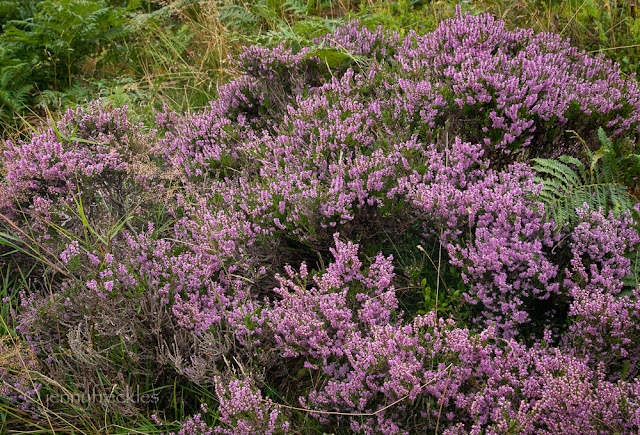 There's a stream called Backstone Beck that tumbles over the rocks, making its way down to the River Wharfe. It was a mere trickle, since we haven't had much rain for the past week or two. 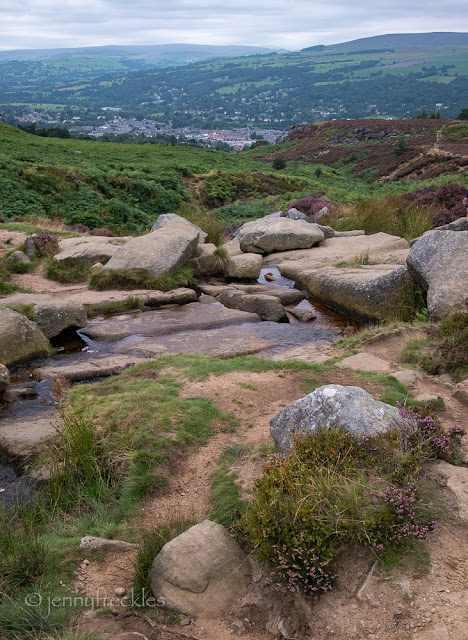 As you near the Cow and Calf rocks there is a disused quarry, its craggy rocks making a circular dell full of heather. The rock is millstone grit and the quarry was probably a source of building stone as the town expanded in the 19th century. Very little of the landscape is untouched by humans. Carvings from the early Bronze Age 1800 BC have been found, but it was the coming of the railways in Victorian times that led to Ilkley's growth as a spa and tourist destination. Nowadays, erosion of the paths from the masses of visitors tramping around is an increasing headache for those trying to manage and conserve the moorland environment. 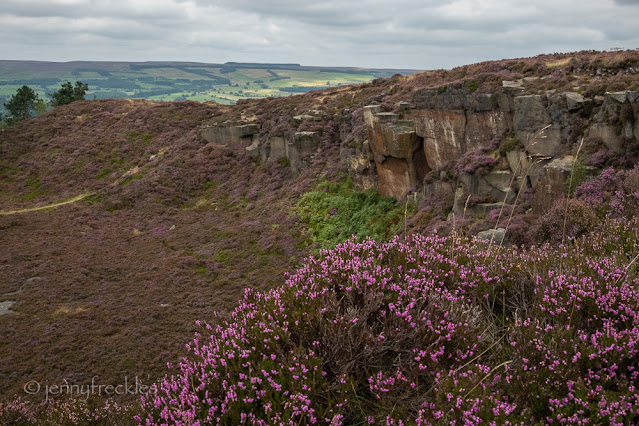