Another walk from Burnsall 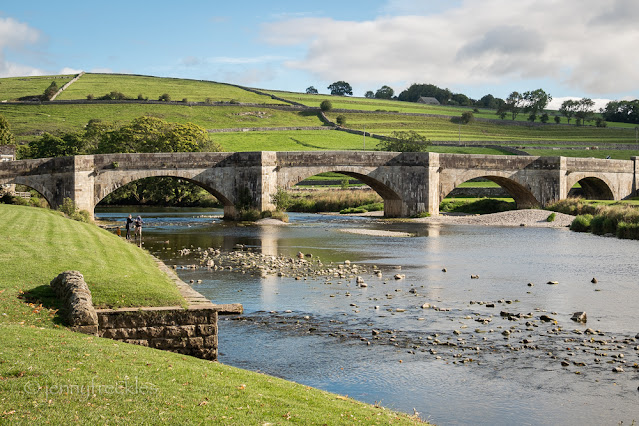 Burnsall, in Wharfedale, is a pretty spot with an attractive bridge over the river. The village acts as a focal point for visitors to the dale, with cafés, a good pub and a car park. A few days ago (HERE) I described a walk from the village, clockwise to the east. I returned to do a similar length walk, anti-clockwise to the west. It's an even more scenic route, initially following the Dalesway alongside the river to Linton.

Some of it featured fairly recently on one of those 'Yorkshire Walks' type TV programmes, where a celebrity films themselves walking and chatting. I can't actually remember which celeb it was that did this one, but they filmed themselves with hand-held cameras on sticks (I think due to Covid restrictions), which gave a somewhat weird and jolty view to the proceedings, making the viewers feel a bit sea-sick.

Further upriver from Burnsall, near Hebden, you have to cross the river over a narrow suspension bridge - quite thrillingly bouncy! - though that didn't make me feel sea-sick. 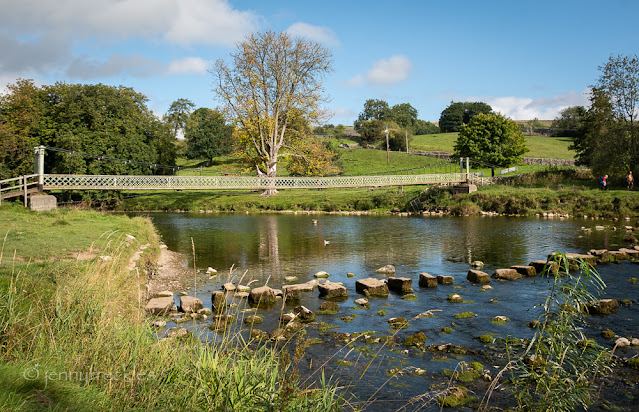 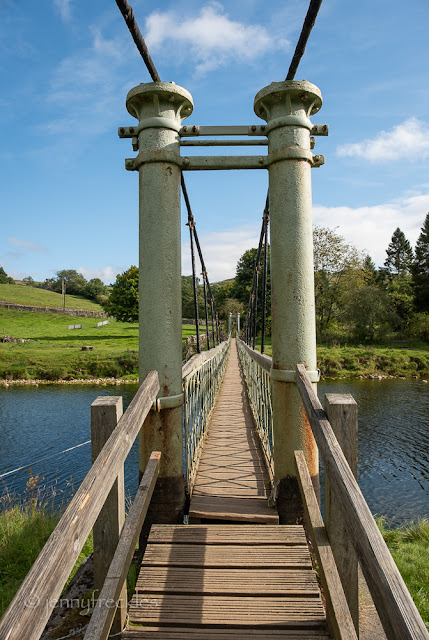 It happened to be the autumn equinox, so some of the trees are beginning to look a little more golden. 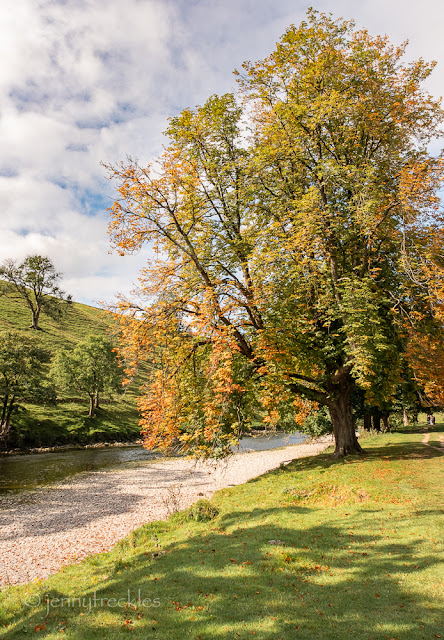 The stepping stones across to Linton church looked a bit uneven. Even though the river level was really low, I was glad the route doesn't make you cross here but skirts along the river bank to a wooden footbridge at Linton Falls. 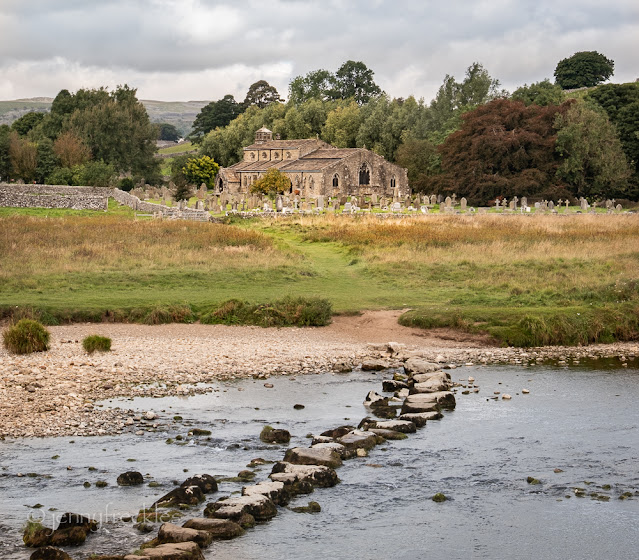 Leaving the River Wharfe behind, it was uphill to Linton village, which made a good place to stop for lunch. Again, it's a pretty spot, set around a village green with a ford and packhorse bridge over the stream. 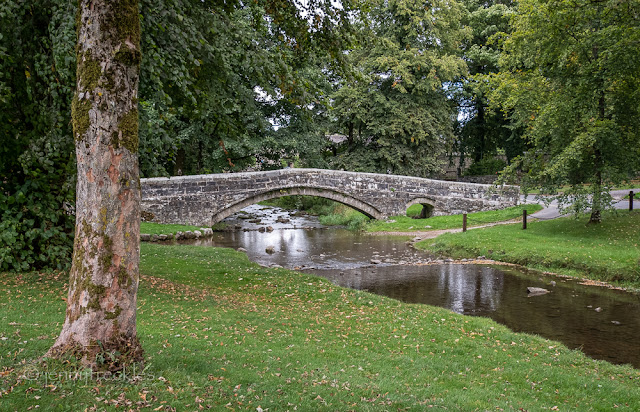 There's a good pub, the Fountaine Inn, named after the philanthropist Richard Fountaine, born in Linton in 1639. He made his fortune as a haberdasher in London, then when he died in 1722 his will provided for the building of an almshouse: The Fountaine Hospital Almshouse, in his home village. It's an unusual building, with a Baroque-style frontage significantly at odds with the local vernacular architecture. It's also a difficult building to photograph, as the frontage is north-facing and mostly in deep shadow against a bright sky. I did take a liking to this window in the facade, with the trail of bright flowers. The Almshouses are still maintained by Fountaine's estate and still house elderly residents. 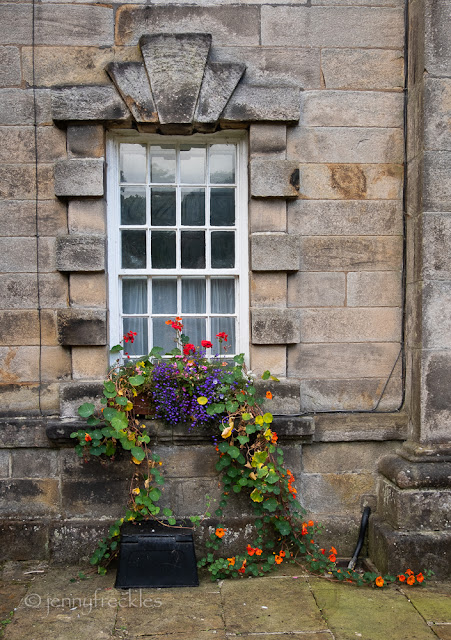 From Linton, the walk went uphill to the hamlet of Thorpe and then tracked back down across fields to the river and Burnsall, with some wonderful views across to Simon's Seat in the distance. 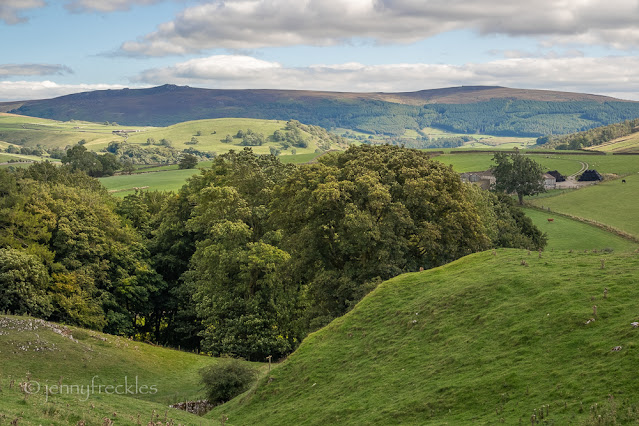