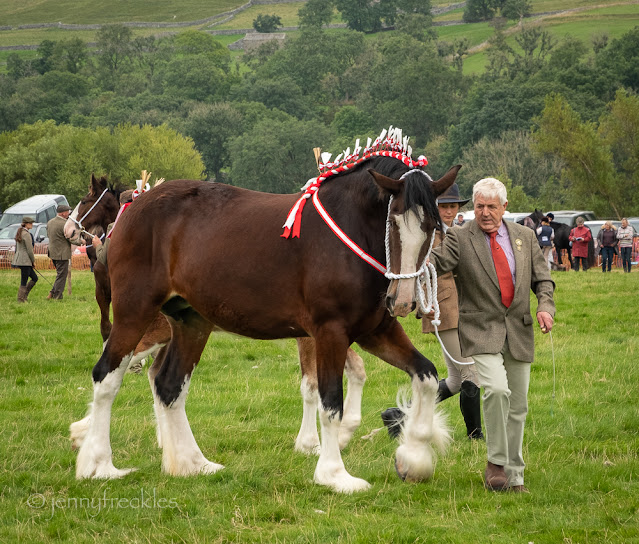 I have agricultural workers and horsemen in my family tree, right up until the early 20th century. Perhaps that's why I love to see the heavy horses - groomed, primped and decorated as befits 'Show time'. Look at the soft, silky feathering of hair on their legs, distinctive of Clydesdales and Shire horses - and look at the gorgeous foal too (below). These days they are mainly used as show breeds, though you do occasionally still see them pulling drays. For years, heavy horses used to pull a tanker of water around Bradford city centre to water the Council's flower displays.  Sadly, budget cuts put an end to that some years ago. 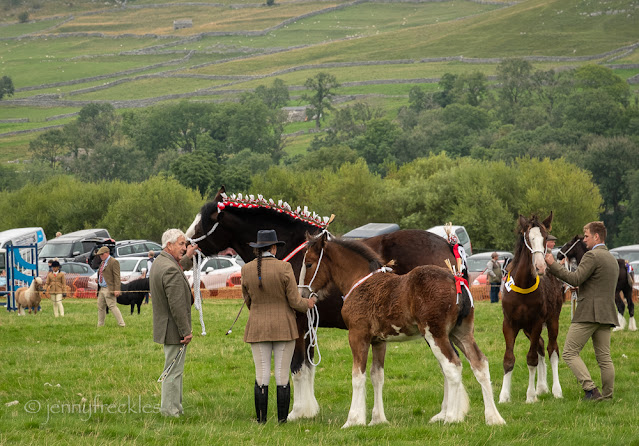 With 'ag labs' in the family, I was also fascinated to see the 18th and 19th century agricultural machinery on display. The vintage threshing machine (below) would have been driven by a horse-powered gin. The horse walked round and round in a circle, driving a shaft that powered the machinery. Before its invention, threshing was done by hand with flails and small hand-powered threshers (often worked by children), and it's interesting to note that some machines were smashed up by agricultural labourers who (with reason) feared for their jobs as machinery was introduced. 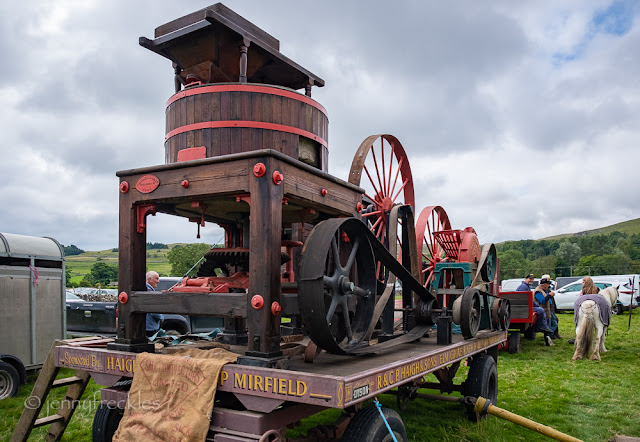 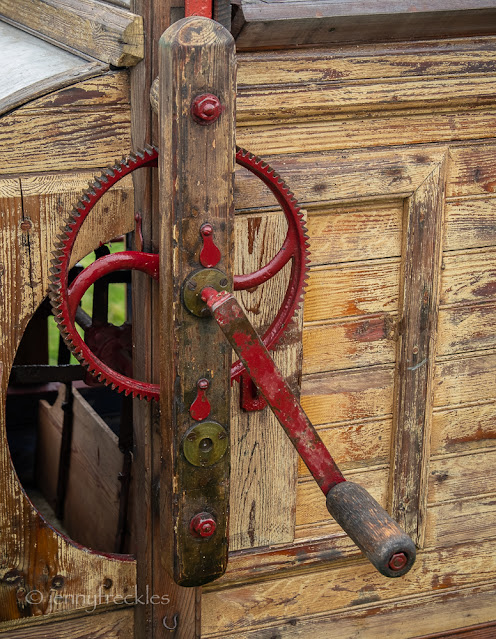 Most farms and smallholdings would have had a butter churner: 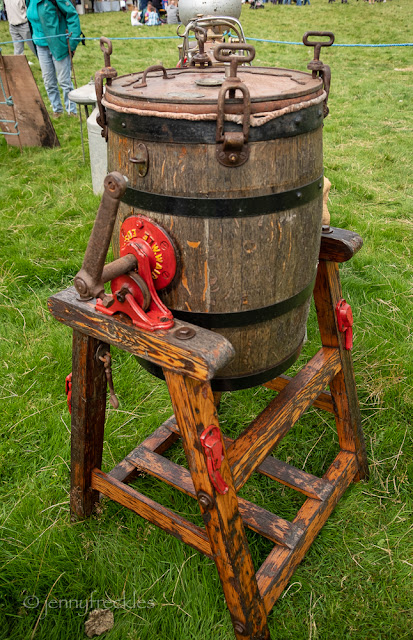