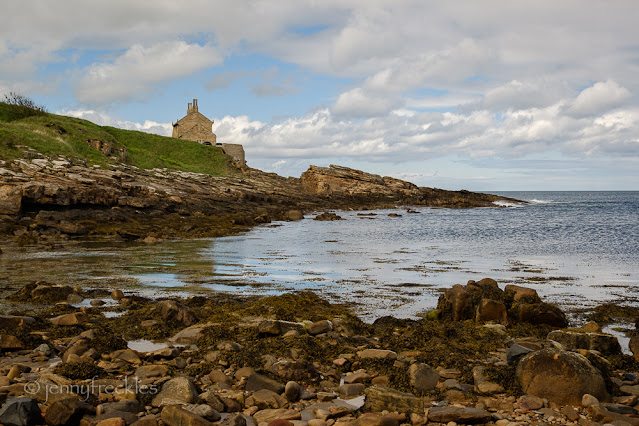 Northumberland break 14
From Howick Hall, I went the short distance to the coast, where there's a rocky outcrop called Rumbling Kern (named for the noise the sea makes rushing through the rocks). The building you can see in the photo above is The Bathing House, a cottage that was used by the gentry from Howick Hall when they wanted to go swimming. It's now a holiday cottage.
The weathered cliffs made me think of other famous rock sculptures... who needs Mount Rushmore or the Sphinx when you have these? Do you see the faces? I could have spent hours just watching the waves crashing on the rocks - though in truth they weren't very fierce, the wind coming from the land rather than the sea. 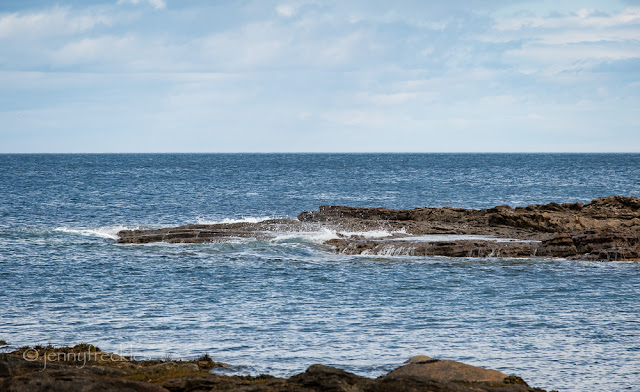 It's a lovely walk along the Northumberland Coastal Path to Craster, rather up and down as coast walks tend to be, but with good views of the varied rock formations and, on approaching Craster, a glimpse in the distance of the ruined Dunstanburgh Castle. 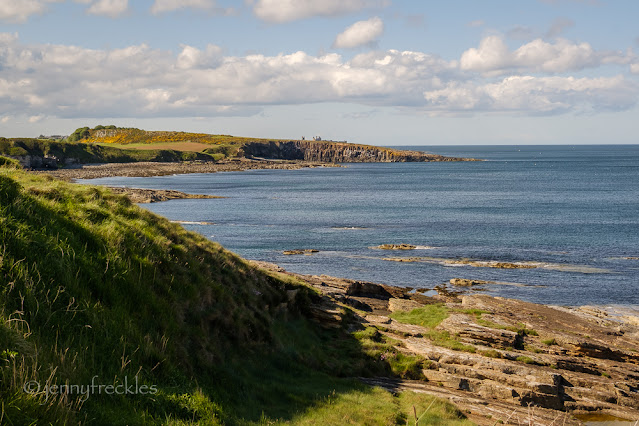 Dunstanburgh Castle sits to the north; its jagged outline reminds me of teeth for some reason! It was an important stronghold during the turbulent 14th and 15th centuries but has been a ruin since the 16th century, attracting artists like JMW Turner and, of course, lots of tourists. 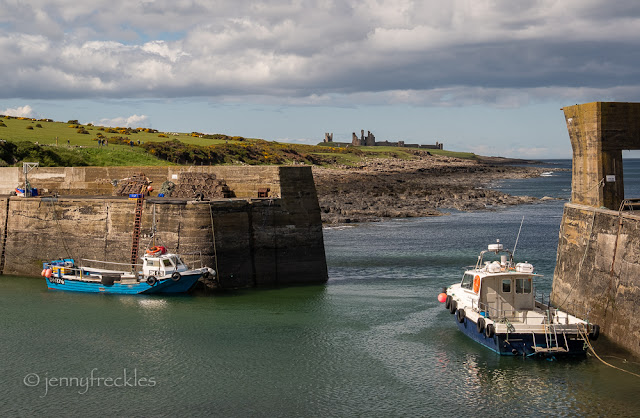 Craster is a sweet little fishing village with a harbour, a pub and a few cottages (now mostly holiday lets). Possibly its main claim to fame is the Fish Smokery, turning herring into kippers that are prized as delicacies. (I always want to like them but they have too many fine bones that, for me, spoil the enjoyment.) As I was passing, smoke was pouring from the vents - clearly another batch underway. 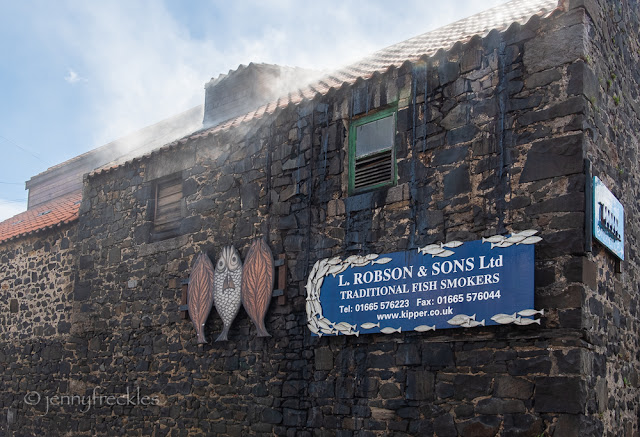