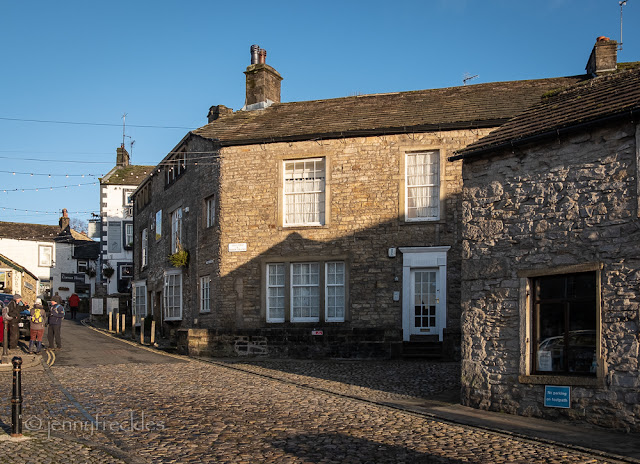 Sometime I must go to Grassington deliberately to take some photos around the village. It's an interesting place and has some very old properties. The trouble is that it's very much a tourist hotspot, as well as being an important centre for the local Dales communities. It gets very busy and the centre is usually thronged with cars as well as people, which makes it tricky to get clear shots and dangerous to hang around in the middle of the streets!

As it happened, on a cold day just after New Year, it was much less crowded than usual. At the end of a longish walk though, I didn't really want to start exploring the alleys around the village. These are just a handful of images I took in the centre. 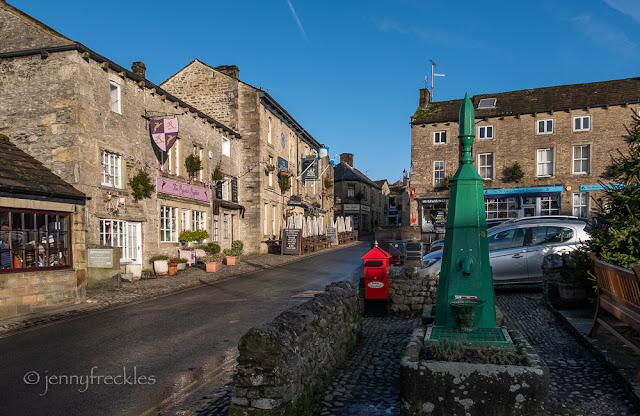 If you've ever watched the most recent series of 'All Creatures Great and Small' on TV, you may feel a sense of familiarity. Some of the scenes were filmed here as Grassington became Darrowby. The Devonshire Arms (on the far right in the photo above) was The Drovers Arms in the TV shows and the exterior of Skeldale House (where the vets live, with an added porch and garden wall!) was the private residence prominent in the top picture. It has just been announced that they will be filming another two series, so Grassington looks as though it will remain a film set for a while yet. 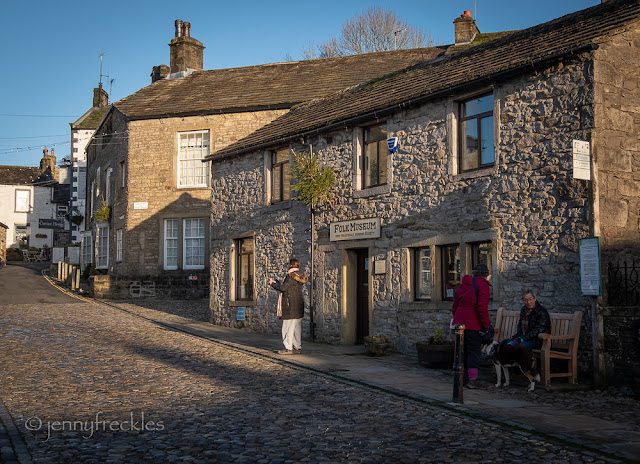 Back in real life, on one of the roads out of the village is this rather fine yeoman's house, which may have begun life as a 15th century timber framed structure, though what you see now dates back to the early 17th century Jacobean period. I don't know if you can see on the picture some rather interesting decorative work, just under the eaves on the right hand side? 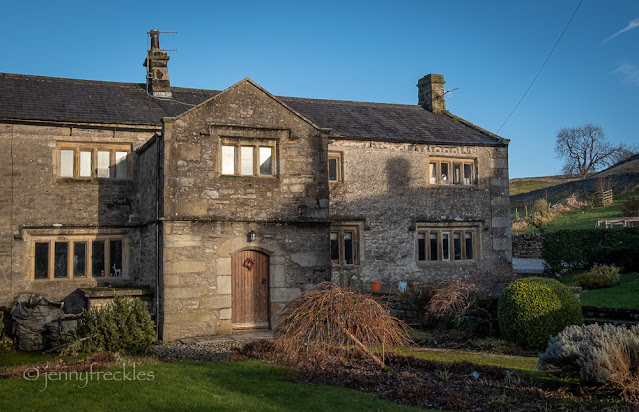