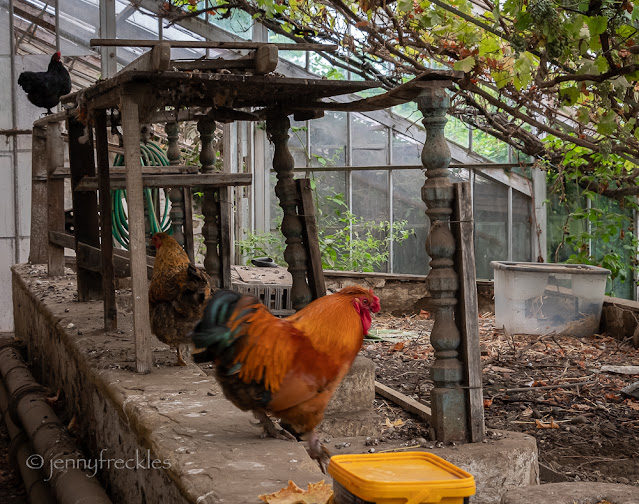 Weston Hall has extensive grounds, kept neatly near to the house and then allowed to be wilder in their further reaches. It must have been a very productive garden at one time, with several large glasshouses and several walled gardens. Wandering through the arched doorways felt to me like entering 'The Secret Garden', reminiscent of the one of my favourite childhood books by Frances Hodgson Burnett. 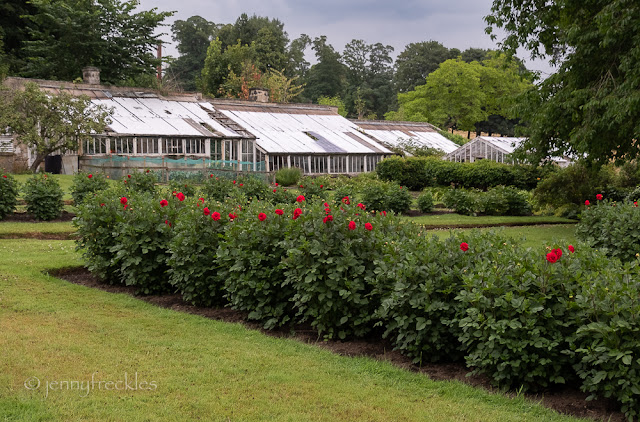 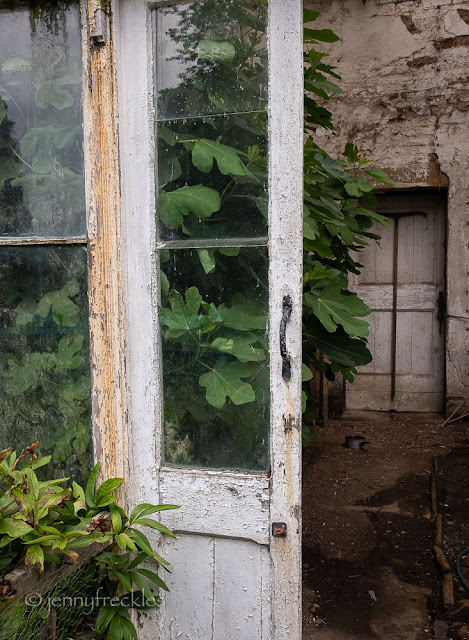 The glasshouses still held figs and grapevines. As with the rest of the estate, there were little still life scenes to be found everywhere, with peeling paint and rusting implements. 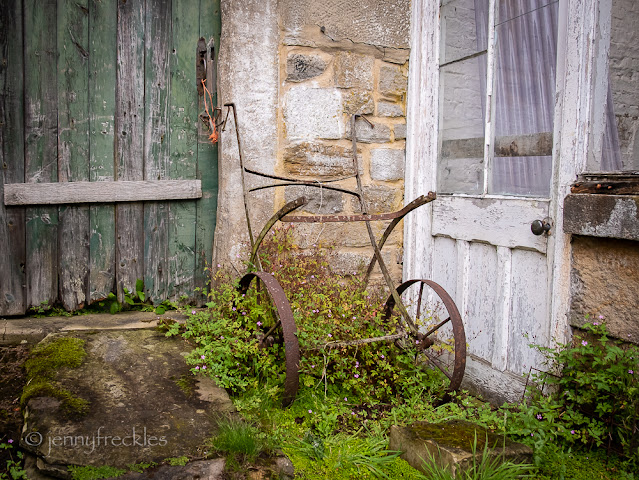 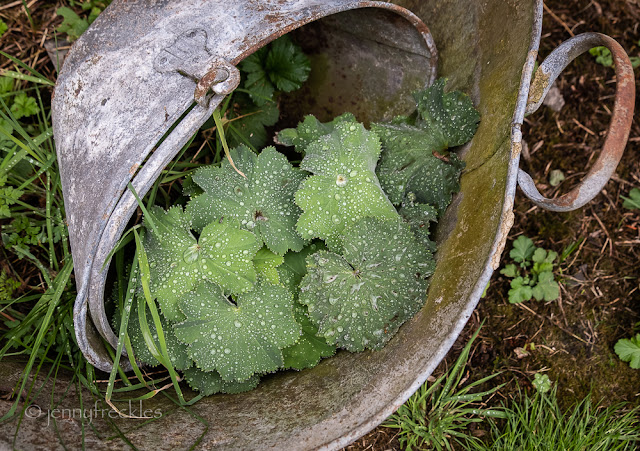 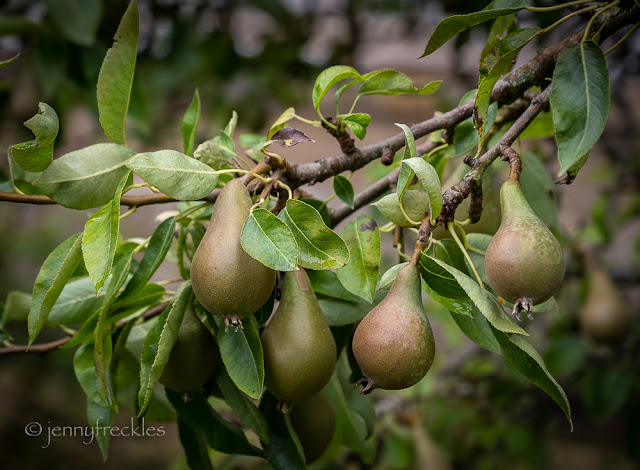 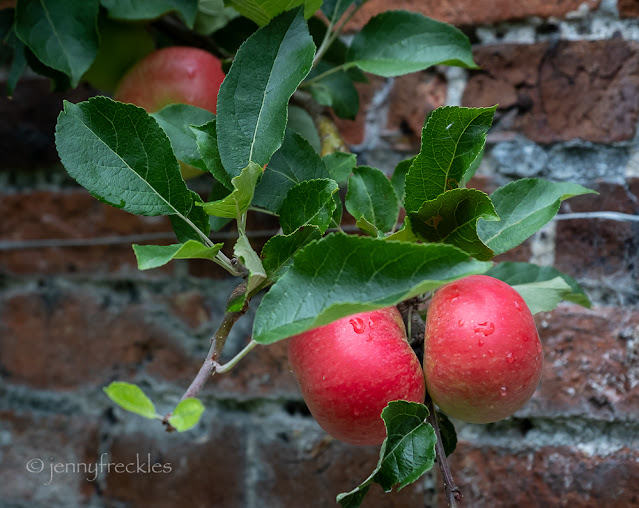 Around the front of the house, banks of hydrangeas were in full bloom and some colourful containers of geraniums gave it something of a European feel. It was all such a delight, and a real privilege to be able to explore and enjoy the Hall and its surroundings. 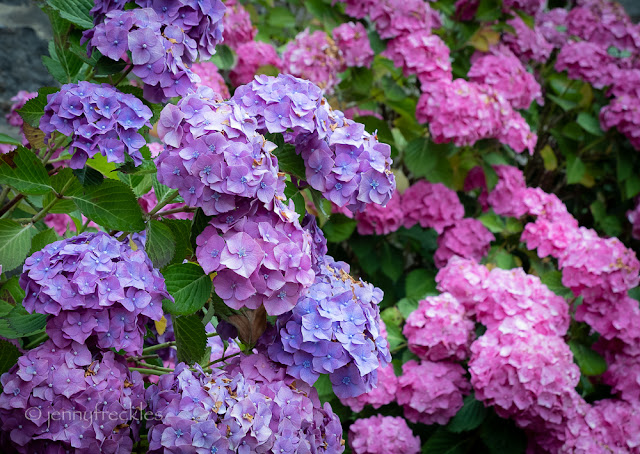 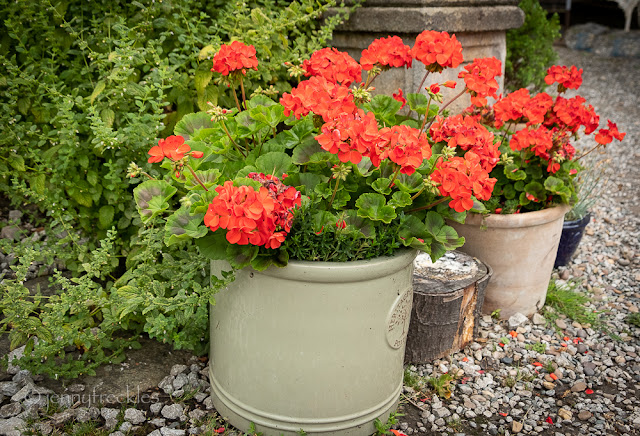