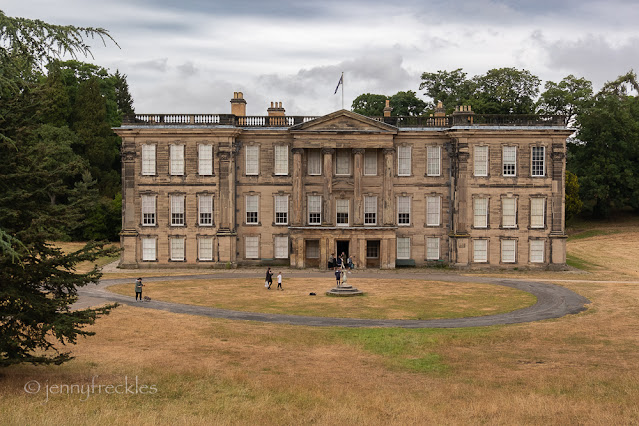 I went to a family wedding in Berkshire recently. It was a long drive (about six hours) so I opted to stop halfway for a breather. The National Trust property of Calke Abbey, in Derbyshire, was positioned in exactly the right spot, not too far off my route, and I'd never been there before - so that was where I ended up.

From the front, it looks, I think, a little like Buckingham Palace in miniature and is of about the same age.  It's a Baroque mansion, built on the site of a former priory and an Elizabethan house, between 1701 and 1704. It was owned by the Harpur-Crewe family for nearly 300 years. They extended the house over several generations, until they were forced to relinquish it to the Trust in lieu of death duties in 1985. By then it was in a state of considerable decline, and the NT have elected to leave it exactly as it was when it came into their care, with several of the rooms looking much as they did in the 1800s. They have halted the decay but deliberately not reversed it. It is an amazing (and somewhat disturbing) clutter of furniture, paintings, and masses of natural history specimens, from stuffed birds and animals to fossils and butterflies, the beloved collection of the 10th and last baronet. The further you explore in the house, the more the decay is obvious, with peeling wallpaper, broken furniture and items randomly shoved into rooms for storage (just like many of our own homes' 'glory holes'!) The family, apparently, rarely threw anything away. It seems they were all somewhat eccentric and kept themselves very much to themselves, living life in quite a traditional way. I gather the house didn't even get electricity until the 1960s! 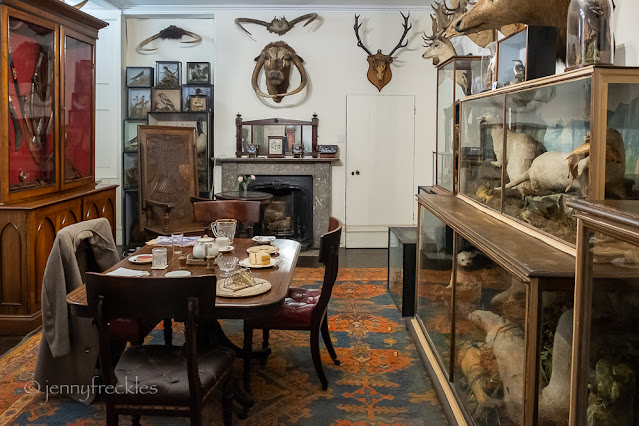 One room is decorated with political cartoons and caricatures cut from newspapers and pasted to the wall. 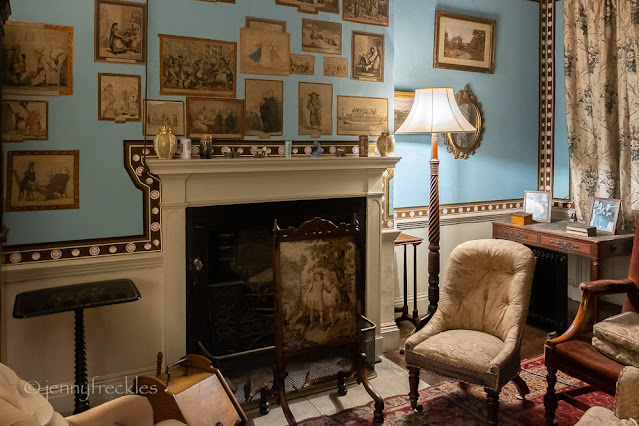 Some of the rooms are not unattractive, and even quite comfortable, though stuffed to the gills with furniture, books, paintings and artefacts. 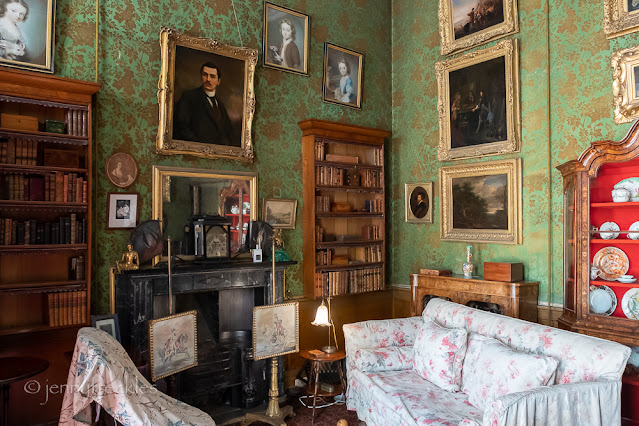 Many of the bedrooms are in a state of massive neglect. I found it all oddly repulsive and yet fascinating in equal measure. It does illustrate the huge amount of work that goes into restoring other NT properties and keeping them stable and beautiful, a never-ending battle against damage from damp, light, pests and old age. Tomorrow I'll show a few of the treasures that stood out for me as I explored. 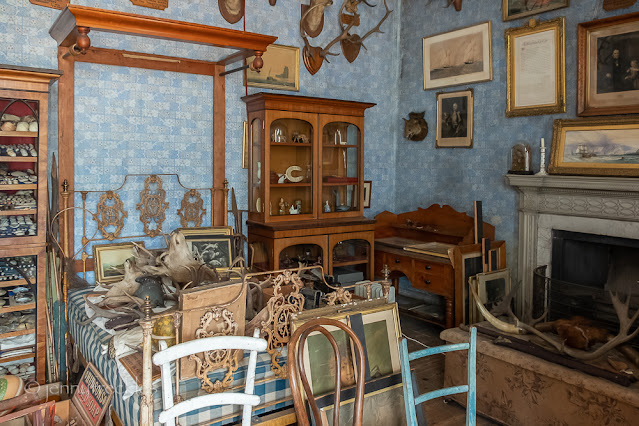