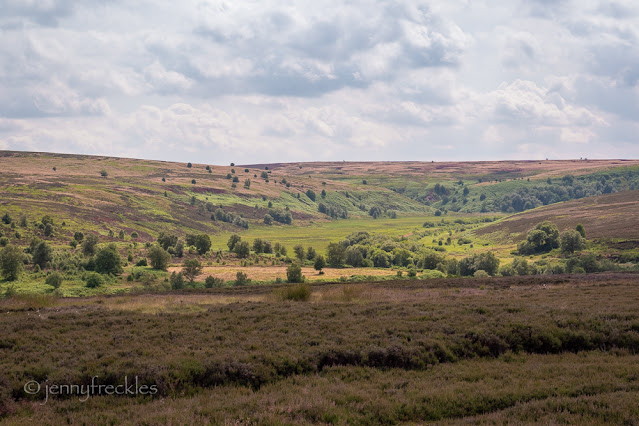 The route to the east coast travels through part of the North York Moors National Park, one of the largest areas of heather moorland in the UK. It's a plateau, dissected by numerous dales, the largest of which is Eskdale.

We used to holiday on the east coast when I was a child, so I remember the journey. In those days it was exciting to see the three radomes of RAF Fylingdales, constructed in the early 1960s. They looked like huge golfballs (see HERE). About 1990, they were replaced by a pyramidal structure (below) - not nearly so exciting. It does the same job however: part of the Ballistic Missile Early Warning System, shared with the US, continually scanning the skies for impending ballistic missile attacks, tracking orbiting objects and keeping tabs on spy satellites. Its motto is 'Vigilamus' - 'We are watching'. 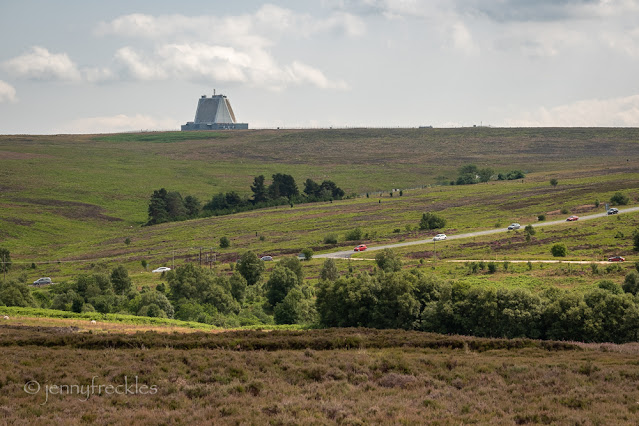 In the same area is the dramatic, bowl-shaped amphitheatre (below) known as the Hole of Horcum, 400 feet deep and more than half a mile wide. Legend has it that it was caused when Wade the Giant picked up a handful of earth to throw at his wife during an argument. The reality is not quite so colourful. It is caused by a process called spring-sapping, where water welling up from the hillside has undermined the slopes, eating away at the rocks and causing a once-narrow valley to widen into a cauldron. 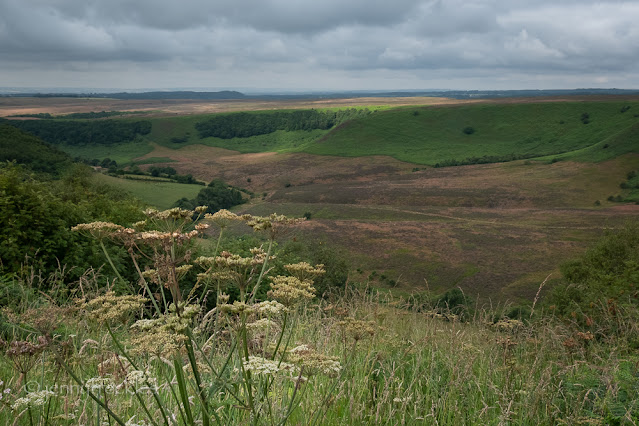 Late July is a little early to see the heather in bloom. Some of the bell heather was starting to show its bright purple flowers but the predominant ling heather was not yet in flower. 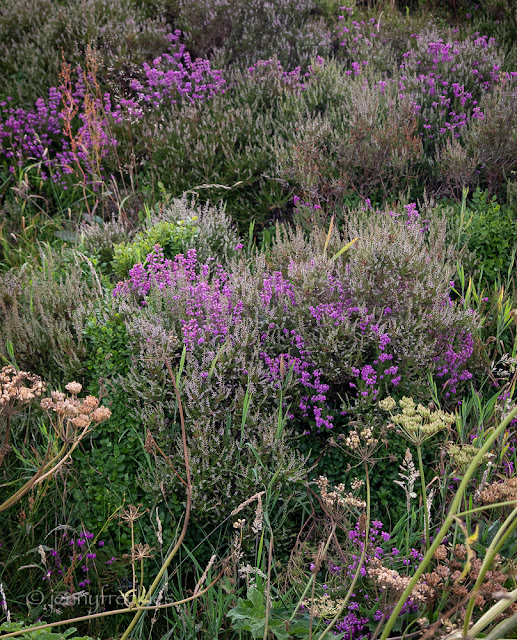