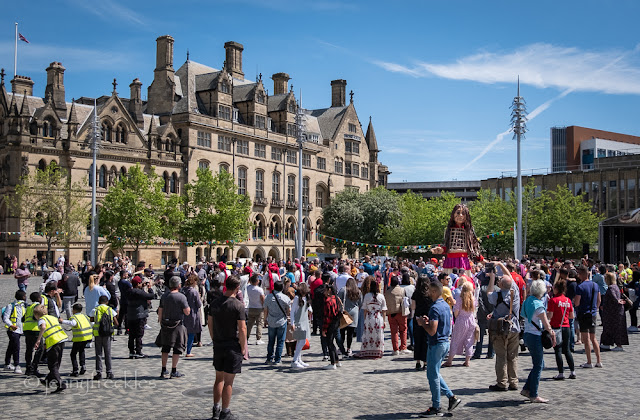 There were crowds of people in Bradford city centre to welcome Little Amal at the start of World Refugee Week. The 3.5 metre-tall living artwork of a young Syrian refugee has walked across Turkey, Greece, Italy, France, Switzerland, Germany, Belgium, the UK, the Netherlands, Poland and Ukraine to focus attention on the urgent needs of young refugees. Now she is visiting 11 places across the UK to highlight the ongoing (and growing) refugee crisis. 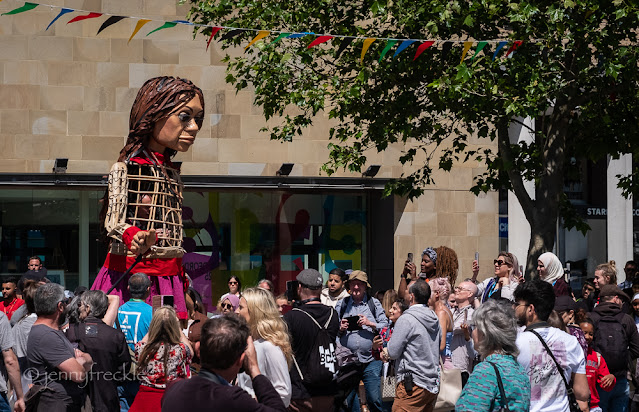 She is quite something to see, and surprisingly realistic in her movements, with blinking eyes and expressive hands, operated by at least three technicians, one inside the framework and one for either hand/arm.  She is a collaboration between The Walk Productions (who create large-scale, participatory public art productions) and Handspring Puppet Company (the South African creators of the puppets in the acclaimed 'War Horse' theatre production at the National Theatre in London), who made the puppet. 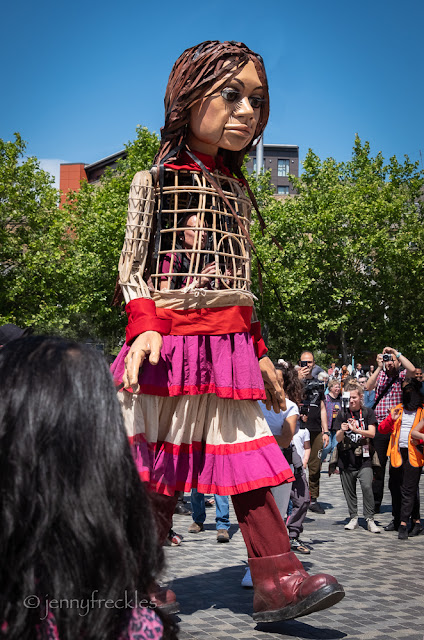 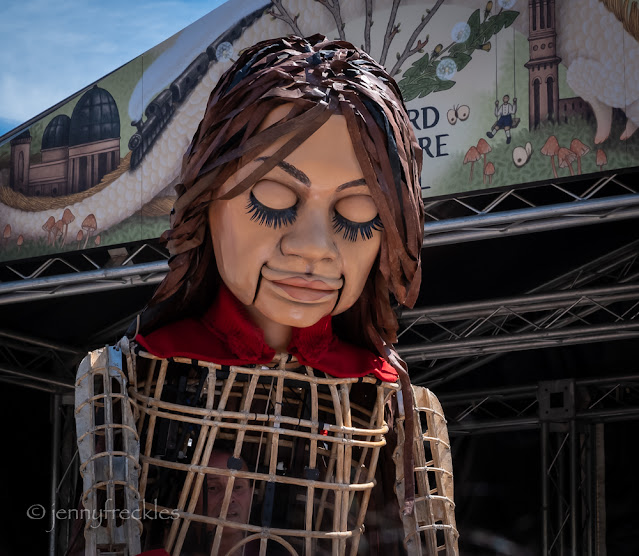 She was heralded by a South Asian band and there was a speech of welcome by the city's Lord Mayor, Councillor Martin Love. 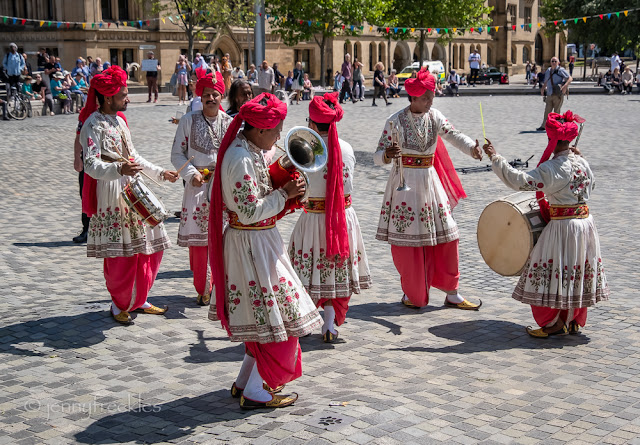 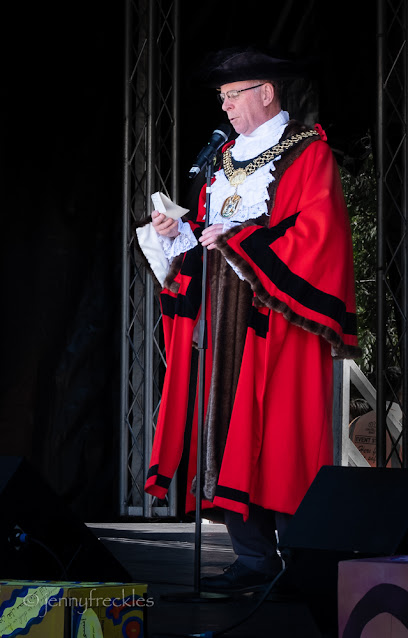 Bradford has been a City of Sanctuary for over 12 years, one of the first to be recognised. It means we welcome people seeking a safe haven from war and persecution, aiming to provide safety and hospitality, support and connection. The hope is to create a city that is inclusive and welcoming, where those seeking sanctuary are recognised as enriching our city and are recognised for their contribution.

Of course, it's not always easy and has to be 'a work in progress'. Nevertheless, much effort is made, through the local authority, schools and community organisations, to make the hope a reality. Bradford is already a hugely multi-cultural city, having in the past welcomed waves of migrants to work in our textile industries, as well as offering safety to asylum seekers. You will find signage around the city centre in several different languages, as an outward sign of what is intended. 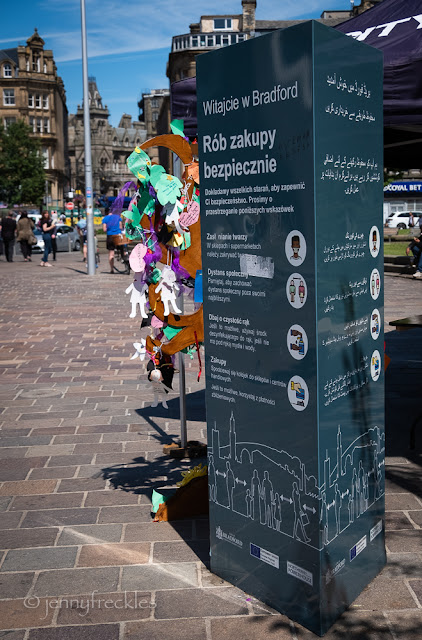 The city also recently celebrated the good news that we have been chosen as the 'UK City of Culture' for 2025, a hotly contested competition and a great boost to the area. I'm really excited about that.

'This is a huge opportunity to celebrate our extraordinary district and for our young, ethnically diverse population to become leaders and change-makers and begin a new chapter in our story.' 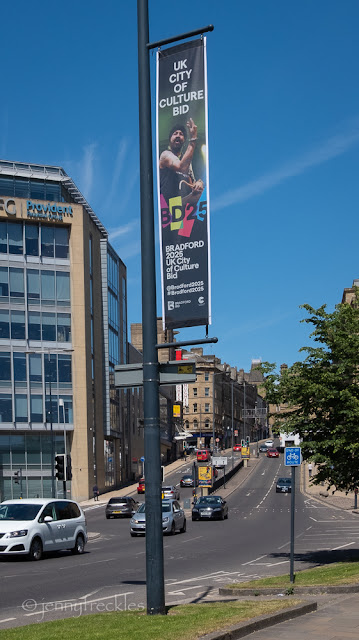