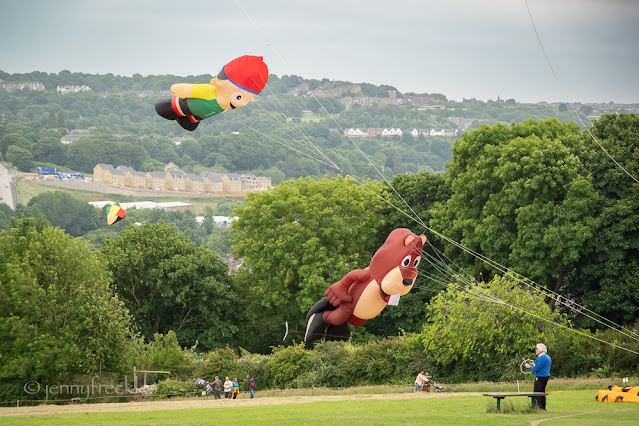 The Friends of Northcliffe [Park] in Shipley seem to be doing a splendid job of improving and promoting the park. They arranged a Kite display, organised by the Northern Kite Group, which saw the skies come alive with all manner of characters. There were a lot of families watching so I think it achieved its purpose of attracting people to the park and making us all smile. It wasn't actually a very windy day and some of the larger kites had a bit of trouble getting up and staying up. They are so large that they have to be tethered to the back of a vehicle; I guess they would be powerful enough to pull someone off their feet. 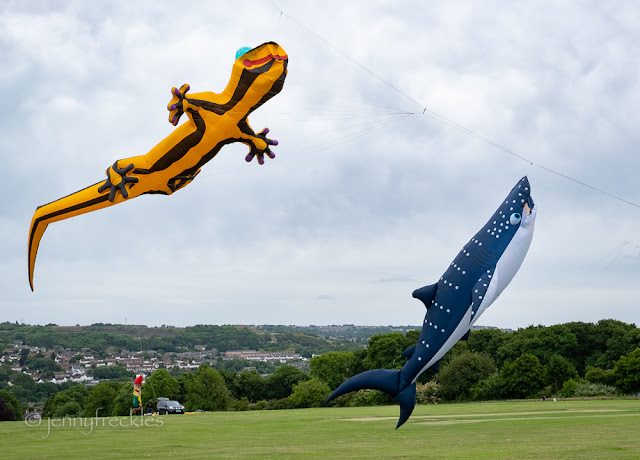 I rather liked the shark - and the colourful spider's web which span round. They looked to be made of some sort of polyester fabric, similar to parachute silk. 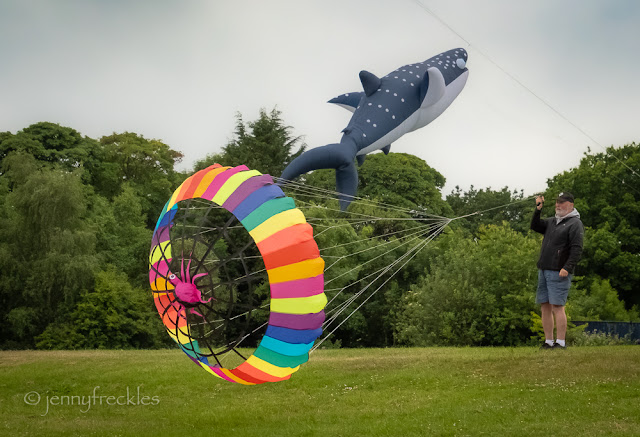 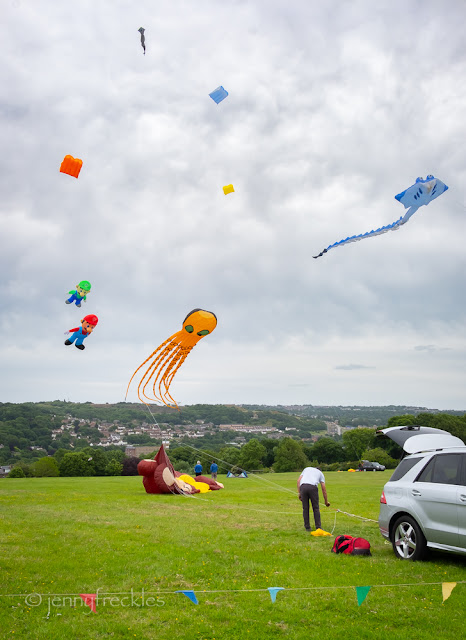 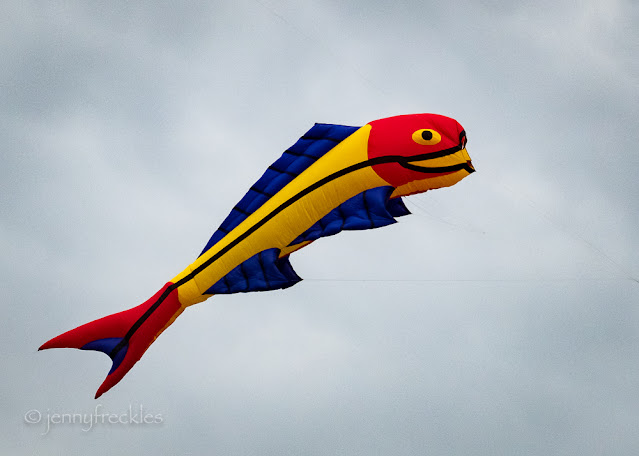 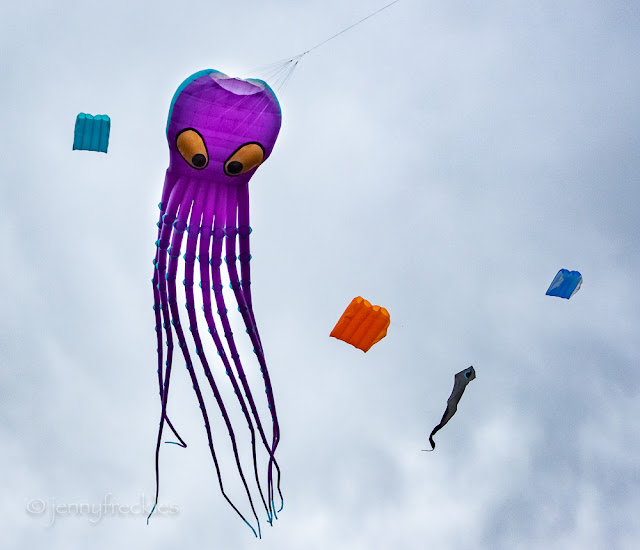 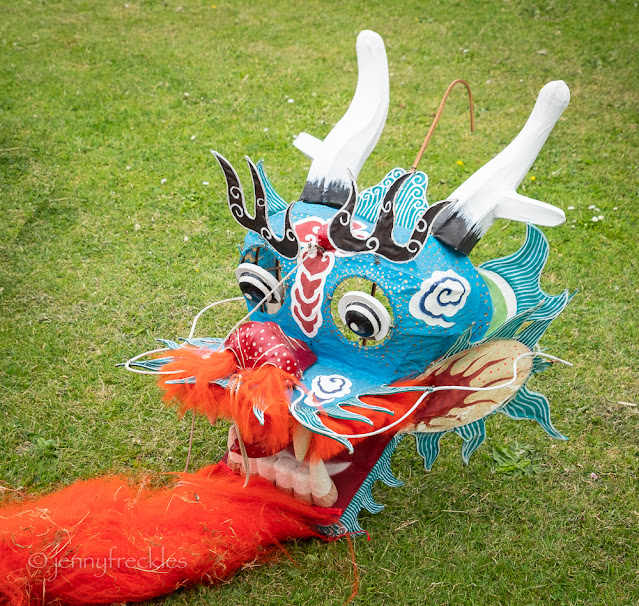 I didn't see the Chinese dragon performing but it was very colourful.  The giant teddy bear, 'Oscar', is said to be one of the biggest kites in the world at 64 feet long. They were, however, having a bit of trouble getting him flying - and without much air inside, I thought him rather alarming. I'm sure he would have scared me to death as a child! On balance, I think I personally prefer the ordinary little kites that children fly rather than these big cartoonish ones but it was still an interesting spectacle. I'm glad I went along to see it. 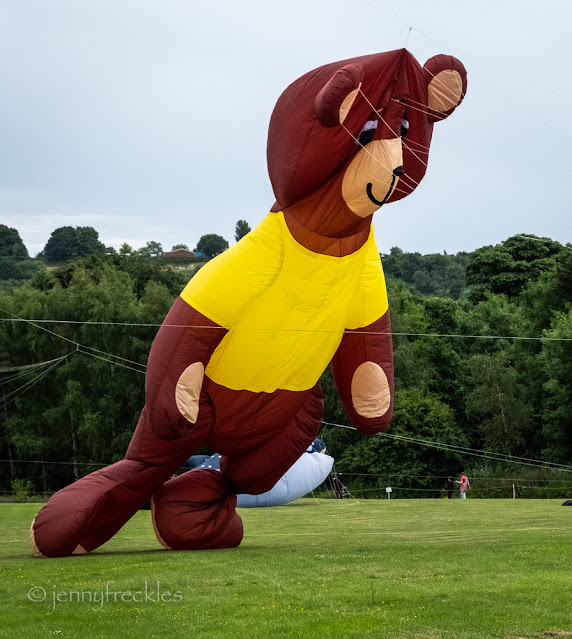