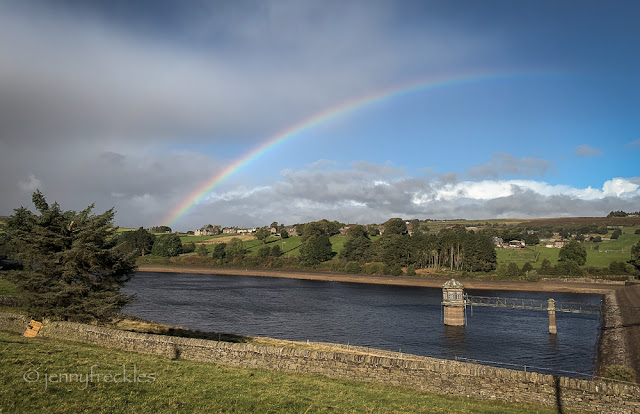 It was a blustery day. The scudding clouds, driven by strong winds, kept releasing intermittent but insistent bursts of rain - but there were rainbows, as if to compensate for the wildness. It was, however, an appropriate sort of wildness since I was intent on walking up to Top Withens again. The pub sign in the hamlet of Stanbury, overlooking Haworth Moor, rather gives the game away. Top Withens is reputed to be the farmhouse that inspired the location of the Earnshaw family house in Emily Brontë's 1847 novel 'Wuthering Heights' - and this, of course, is prime Brontë territory. 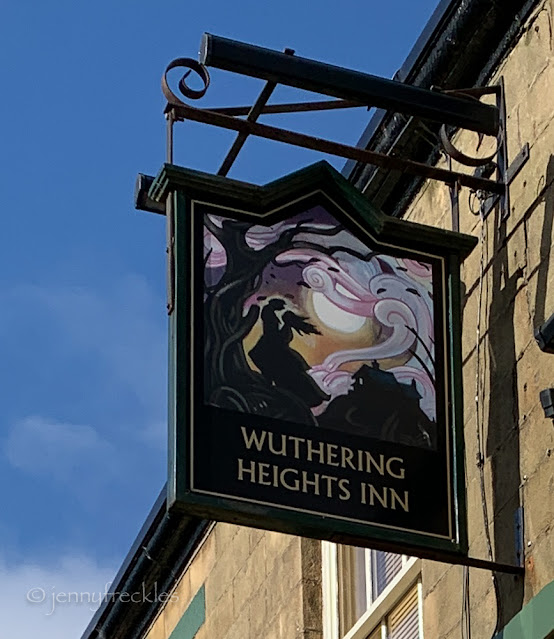 Helpfully, the pub frontage also gives a definition of 'wuthering' - 'a Yorkshire word referring to turbulent weather'.  As I've said, it was certainly that kind of a day, though to be honest I have rarely been up there in anything but wuthering conditions! You kind of expect it, as you almost expect to catch a glimpse of three sisters hurrying along in long skirts and Victorian bonnets!

It's a fair old trek, along part of the Pennine Way, to the ruined farmhouse, with its lonely trees. The information boards point out that the farmhouse itself bears no resemblance to the Earnshaw's mansion in the novel, but it is thought that the location may have been Emily's inspiration. The Brontë sisters would certainly have been familiar with it. 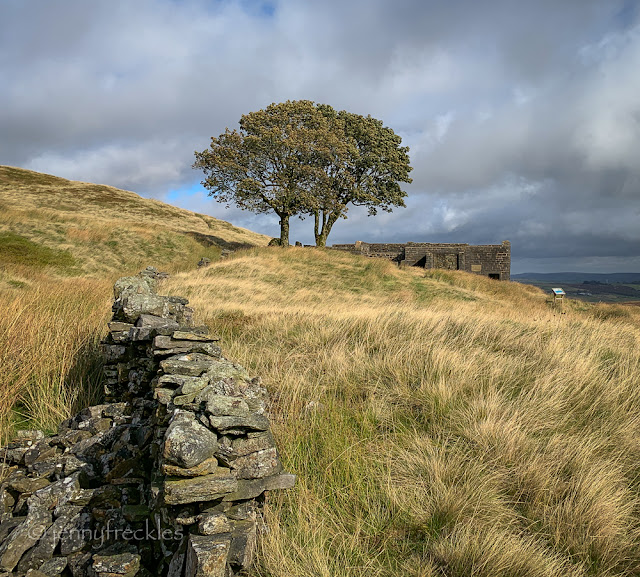 I always feel a sense of satisfaction when I get up there. The long and somewhat challenging walk is worth it, since the view is awesome, and the cloudscape quite thrilling. 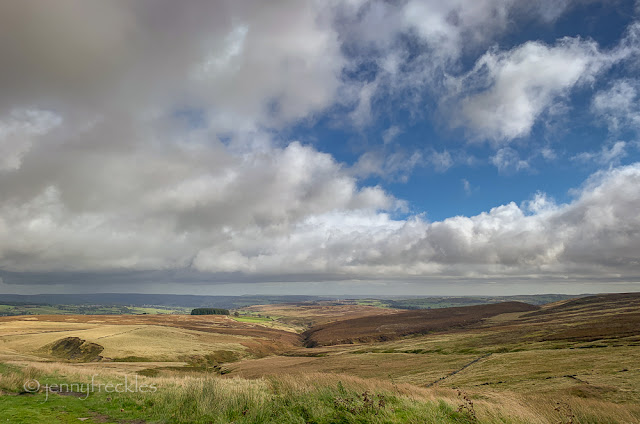 Then it was back down to Haworth, via the stream, bridge and small waterfall that they call Brontë Falls - another location that the novel-writing sisters, who lived in the parsonage in Haworth, are known to have visited quite often on their walks. 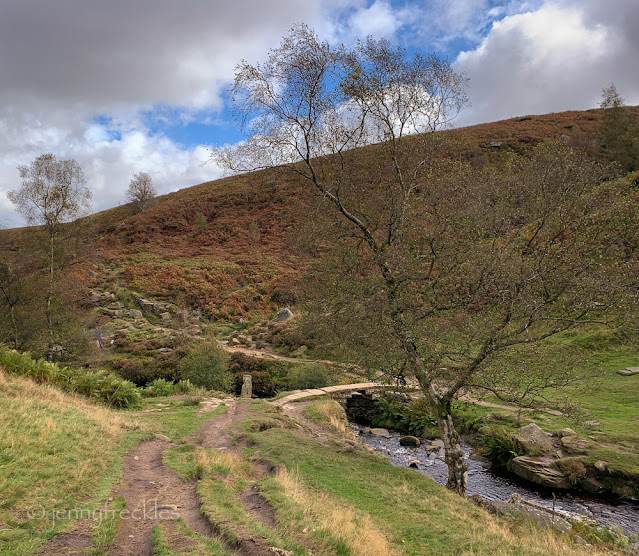