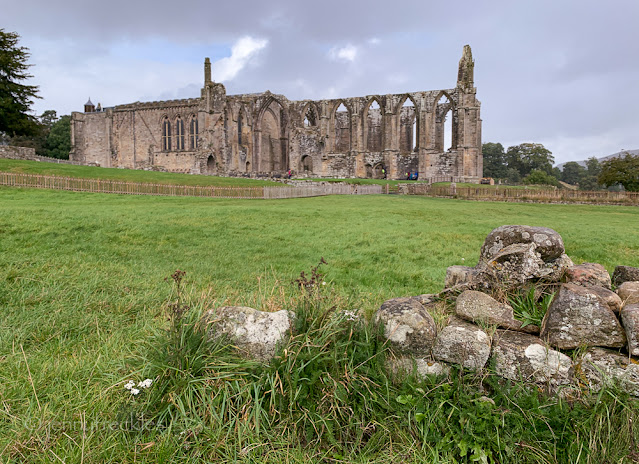 I count myself very fortunate to live within a 40 minute drive of the Bolton Abbey Estate, since people travel from far and wide to visit the area. It all belongs to the Dukes of Devonshire, who ensure that the priory and surrounding estate are well-managed, well-maintained and welcoming to visitors (though you do pay handsomely in the car parking fees to enable that!)

Originally an Augustinian priory founded in 1154, it thrived until 1539 when Henry VIII stripped all monasteries of their assets. Most of the original buildings now lie in ruins but part of the priory nave (to the left on my photo above) was saved, when Prior Moone negotiated to keep it as a place of worship for the local community. It continues to serve as a parish church to this day. 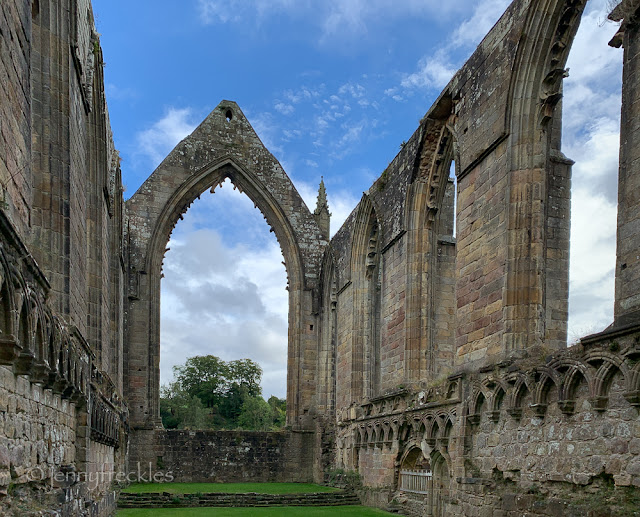 The Priory church has quite an attractive and extensive graveyard. (There's a well-known photo collage by David Hockney of his mother sitting on a tombstone, well wrapped up against the Yorkshire drizzle. See HERE. ) 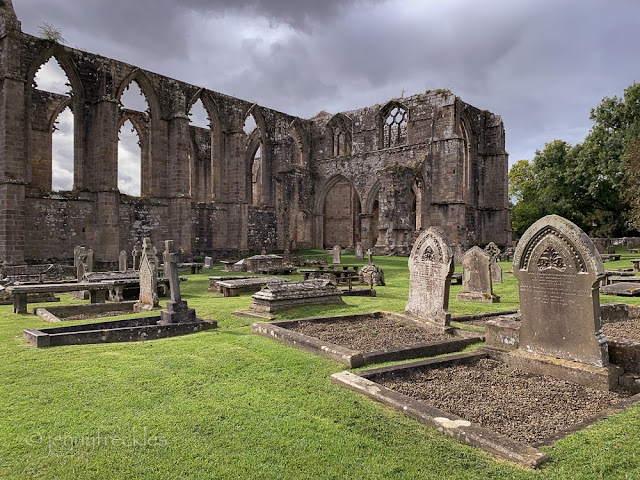 Another famous Yorkshireman is buried here: Fred Trueman, the cricketer who played for Yorkshire and England in the 1950s and 60s. He's acknowledged as one of the greatest fast bowlers in history, and is equally remembered for his outspoken and often controversial views. His grave has a photo and a couple of cricket balls that have been placed there in memoriam. The Priory Church was closed when I visited (though you could peep through a screen into the nave). It had some beautiful flower arrangements on display, probably left from a wedding. Such an attractive and historic spot means that is frequently used for weddings. Indeed, Fred Trueman's daughter Rebecca was married here, amid much fanfare, to Damon Welch, the son of the film actress Raquel Welch, though the marriage proved to be short-lived. 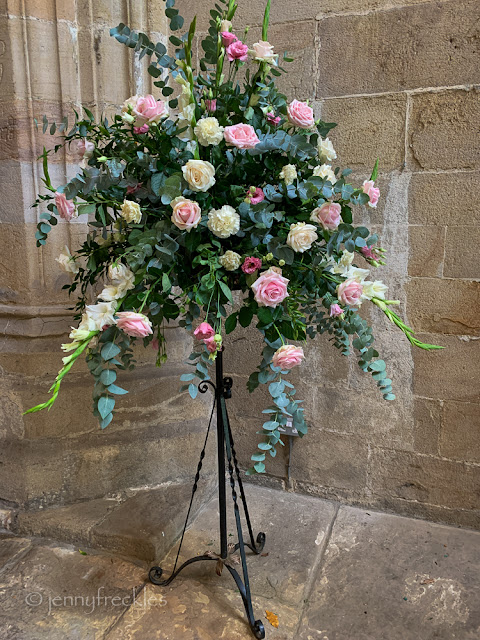