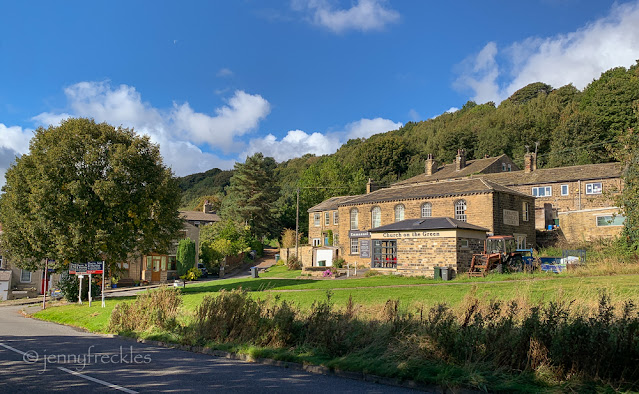 I had an errand to do in Baildon so I walked up to the village along the lane through the hamlet of Baildon Green. Tucked under the quarried crags of Baildon Bank, it's a hotch-potch of old houses and small mills, mostly related to the 19th century textile industry. Some are now converted into residences, whilst some are still used for businesses. There's also an historic non-Conformist chapel, all overlooking an extensive 'green' or common.

Further down towards Saltaire there is what was once an old farm and barns, now converted into residences. 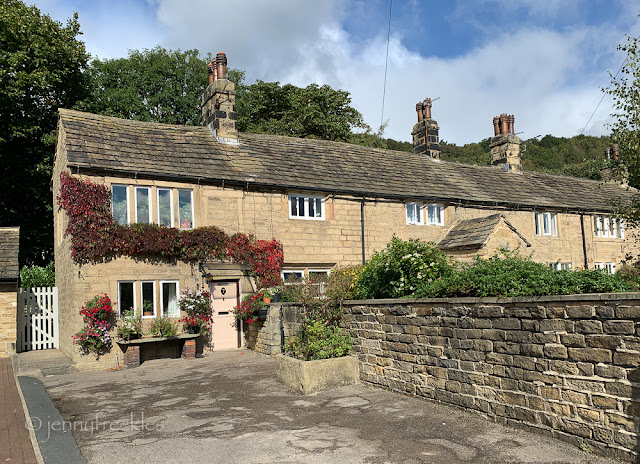 The view from Baildon Green is pretty spectacular, looking down over Saltaire and Salts Mill... although my photo really isn't, being a grainy crop of a phone pic. Still, you get the general idea. 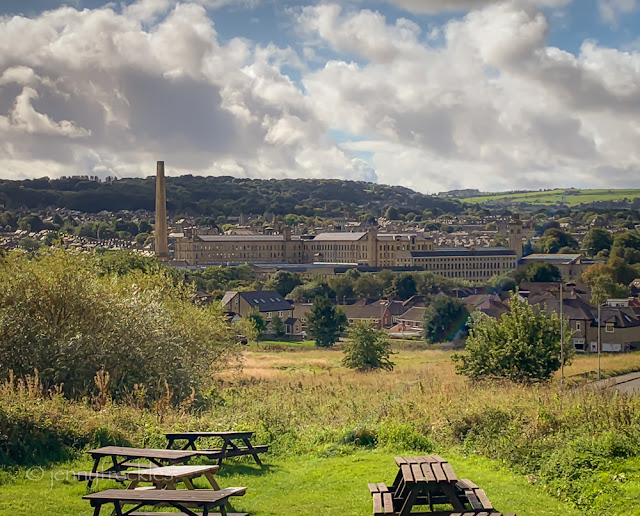