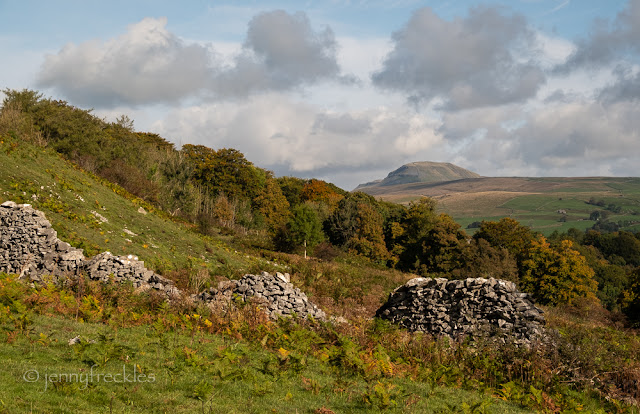 My friend and I were fortunate to have a glorious early autumn day for an eight mile circular walk from Settle, a market town in Craven on the western edge of the Yorkshire Dales. The route took us from the River Ribble, up along Giggleswick Scar and over to the hamlet of Feizor. This is limestone country, with remnants of limestone pavement and the characteristic drystone walls everywhere. There are wonderful views up Ribblesdale. You could see Pen-y-ghent, the lowest of Yorkshire's Three Peaks, in the distance. I rather liked the way the tumbledown wall in the foreground echoed the shape of the mountain.
Looking down along the valley, the village of Langcliffe sits downstream of Stainforth Scar. During the late 19th and early 20th centuries, limestone was quarried in this area by Craven Lime Works and burned in a massive Hoffman kiln to produce lime that was used in agriculture and building (mortar and limewash) as well as in a host of small-scale industries: tanning, textiles, soap and paper making. I once visited the remains of the Hoffman kiln, which was very interesting. (See HERE) 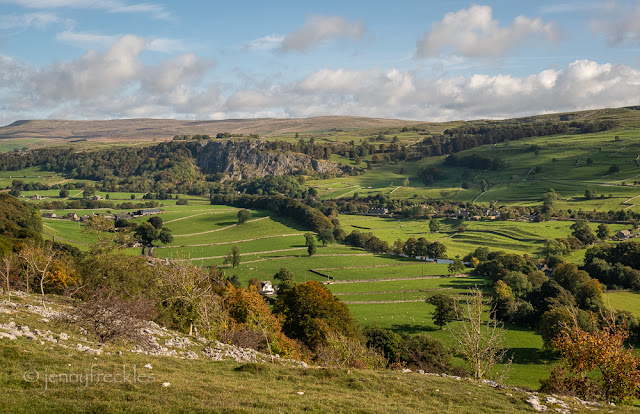 On the other side of Giggleswick Scar, part of the Scar has been extensively quarried for building materials. The huge quarry was closed ten years ago and the land is now earmarked for some kind of industrial development. On the far horizon you may just be able to see the distinctive whaleback shape of another peak, which is Pendle Hill in Lancashire. 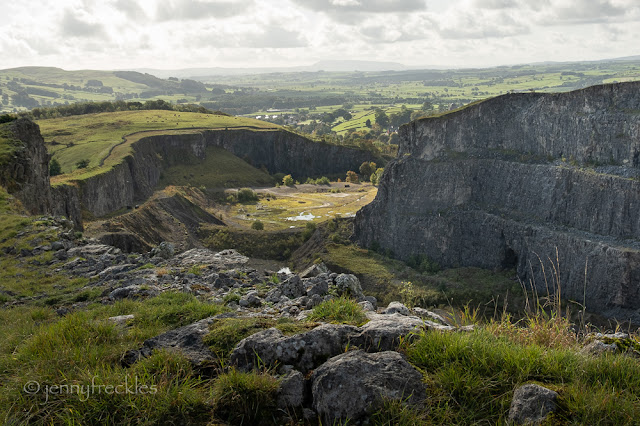 Further on, the path meandered through upland meadows, which in summer are rich with wildflowers. 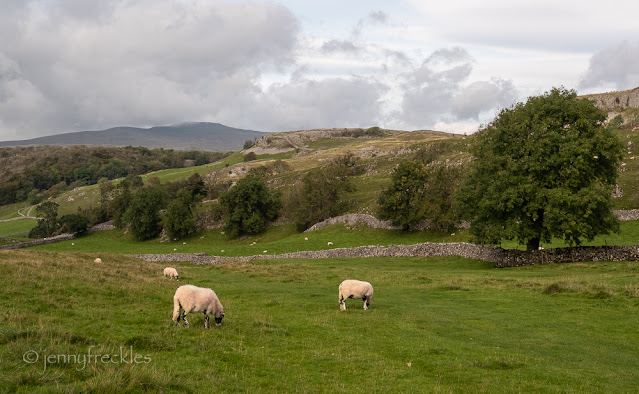 We then dropped down to the hamlet of Feizor, where there is a very popular café: Elaine's Tea Rooms, a real hidden gem, with plenty of outdoor seating. (I think it's still advisable to sit outside in these Covid times, even though it's getting colder.)  It's not often I have a full Sunday lunch halfway through a long walk. It was delicious - though it maybe made for a slower walk onwards, since I was rather full and thus quite sleepy! 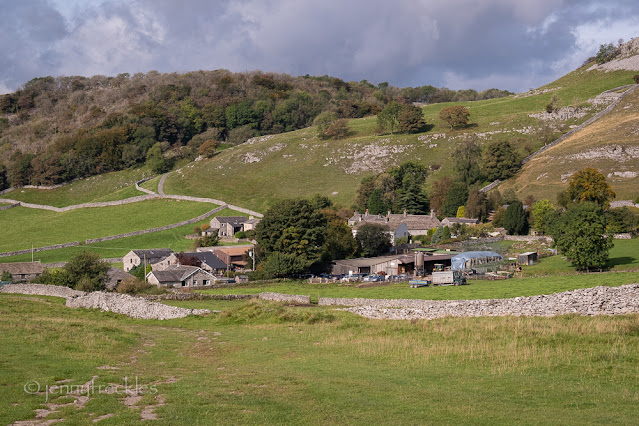