Fairly recently, some murals have been stencilled around Bradford by the Bristol-based street artist, Stewy. They depict local characters, whose stories are interwoven with the city. Polish Anna (Aniela Torba) was a familiar face around Bradford's markets between the 1960s and 80s. I remember her well; always colourfully dressed with a woolly hat and a huge thick jacket covered in badges, she would chat to stall holders, cadge endless mugs of tea and sometimes sing in a very loud, deep voice. She always had a stick, which she'd wave about and bonk people with if she didn't like what they were doing! Quite an eccentric and no-one seems to know her personal story. There were rumours she'd been in a concentration camp during WWII. There's an article about her HERE. 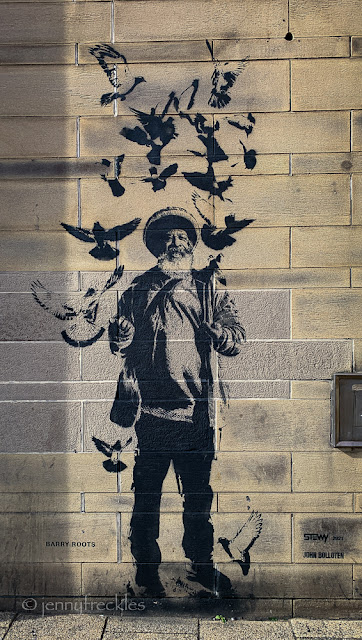 Not far away from Anna, at the other corner of the market, is Barry Roots, a DJ and reggae musician who ran the Roots Record Shop on Lumb Lane in Bradford.
On North Parade, there is a stencil of Ces Podd, a Bradford City footballing legend who made a record 565 appearances for the side between 1970 and 1984.

Elsewhere, I came across this cute dog (?) on a skateboard - with an important message to get across. 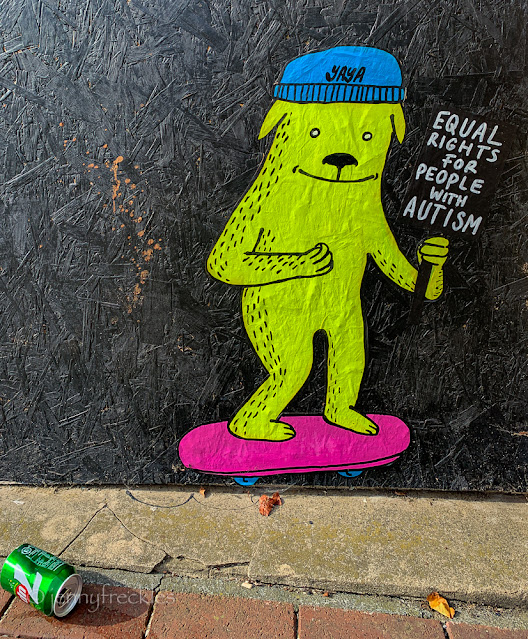 Looking up, there's this colourful and emotional face. (Pity about the advertising banner now partially obscuring it.) I'm sure there is much more street art to be found... I'll have to keep my eyes open when I'm down in the city. 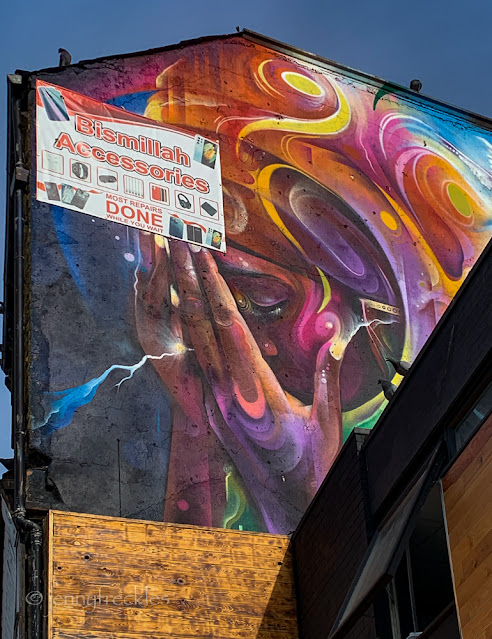