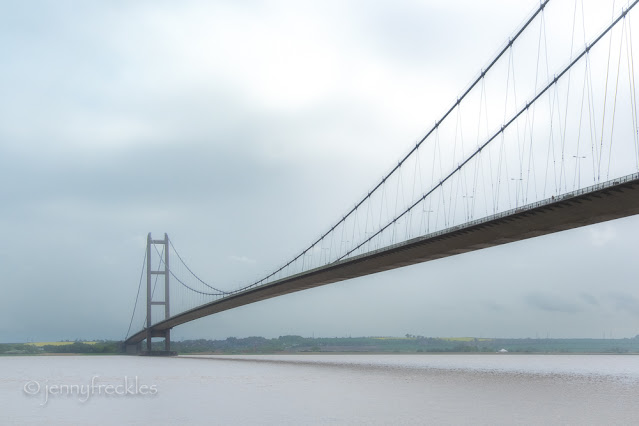 I've lived in Yorkshire for all these years and had never seen the famous Humber Bridge. I remedied that recently when I went to Hull. I made the lengthy journey mainly to see the annual exhibition of the federation of Yorkshire camera clubs, which was on display at Hull University and in which many of our club members had images accepted. A slight detour to view the bridge proved quite a pleasure. It's a lot more elegant and slender than I had expected. Sadly it was raining at the time so the sky was very dull but perhaps that shows the bridge off better... ?

The bridge spans the Humber estuary (into which both the River Ouse and River Trent flow) and joins north Lincolnshire with Yorkshire. It was opened in 1981 and the whole project, including the approach roads, took almost ten years to complete. For 16 years it held the record as the world's longest single-span suspension bridge. From the viewing area on the north side, where I stopped, it wasn't possible to get both towers in one shot. 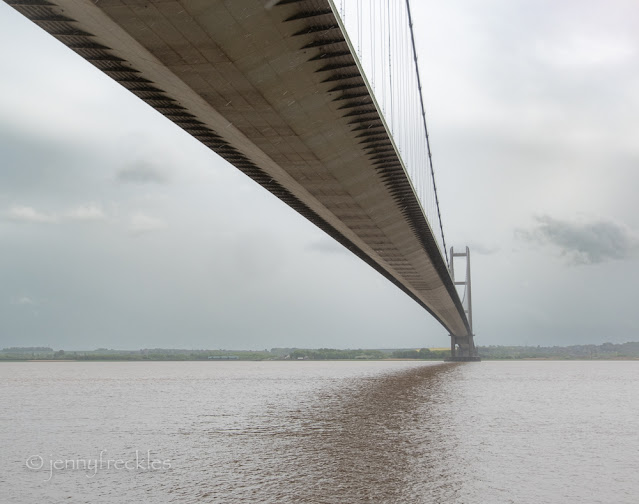 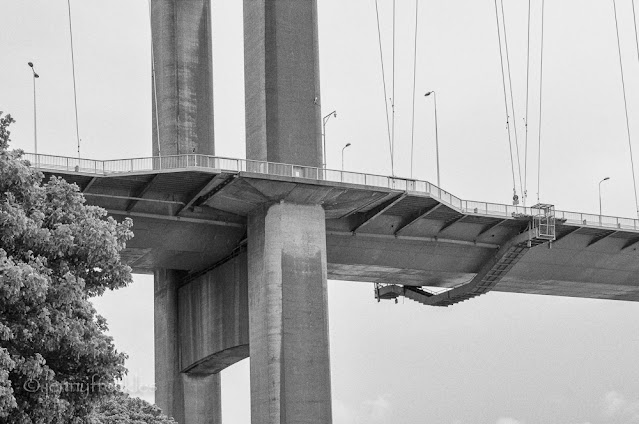 The mural (below) was near the building that houses the Humber Rescue boat. It made me smile. Humber Rescue is an independent charity that provides search and rescue services on what is one of the most unpredictable and treacherous stretches of water in the world, with strong currents and shifting sandbanks. 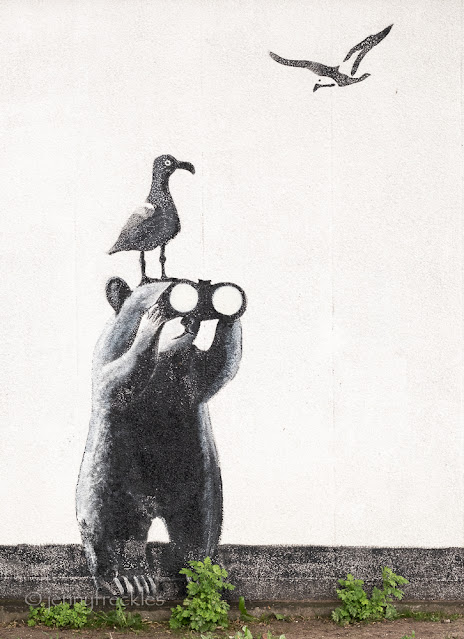 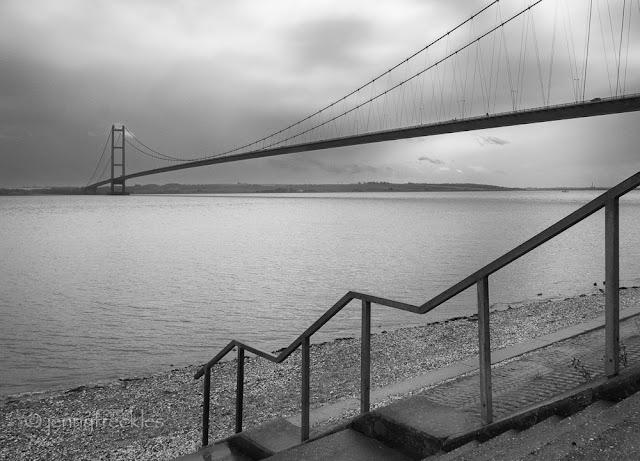